Vienna – the city of amazing buildings. Not just a few, but streets and streets of them in every direction. 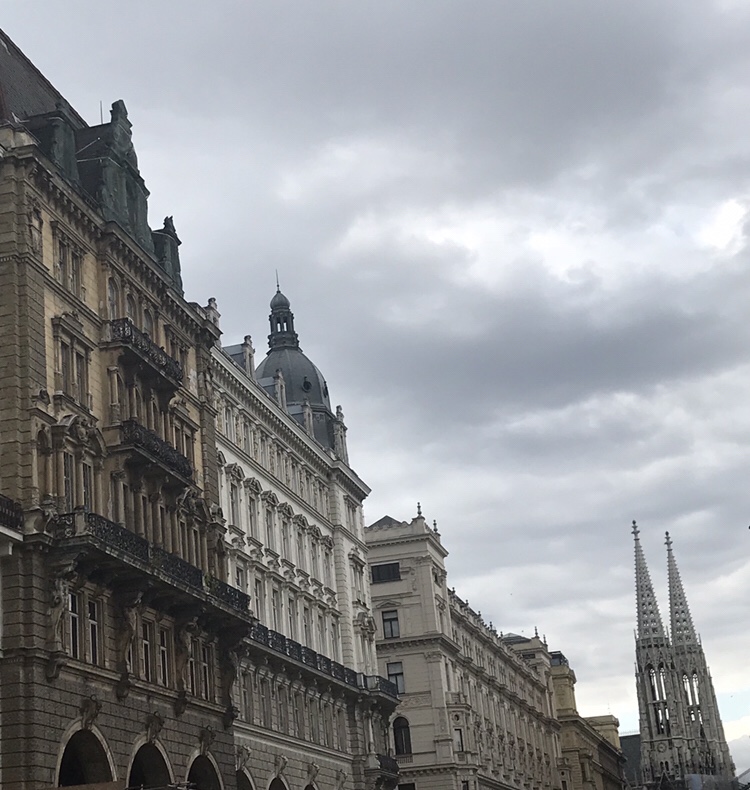 First port of call is working out the U-bahn. Not tricky unless the ticket machine doesn’t work! But we got it sussed and got to the main Bahnhof to get our tickets back to Munich airport. A ticket for €8 a day did us well, works on trains, trams and busses and lasts for 24hrs.

Tomorrow’s train sorted, onto sightseeing. First stop was St Stephan cathedral. What a sight to behold both inside and out. None of the gold of places but instead finely carved stonework and the detail was something else. 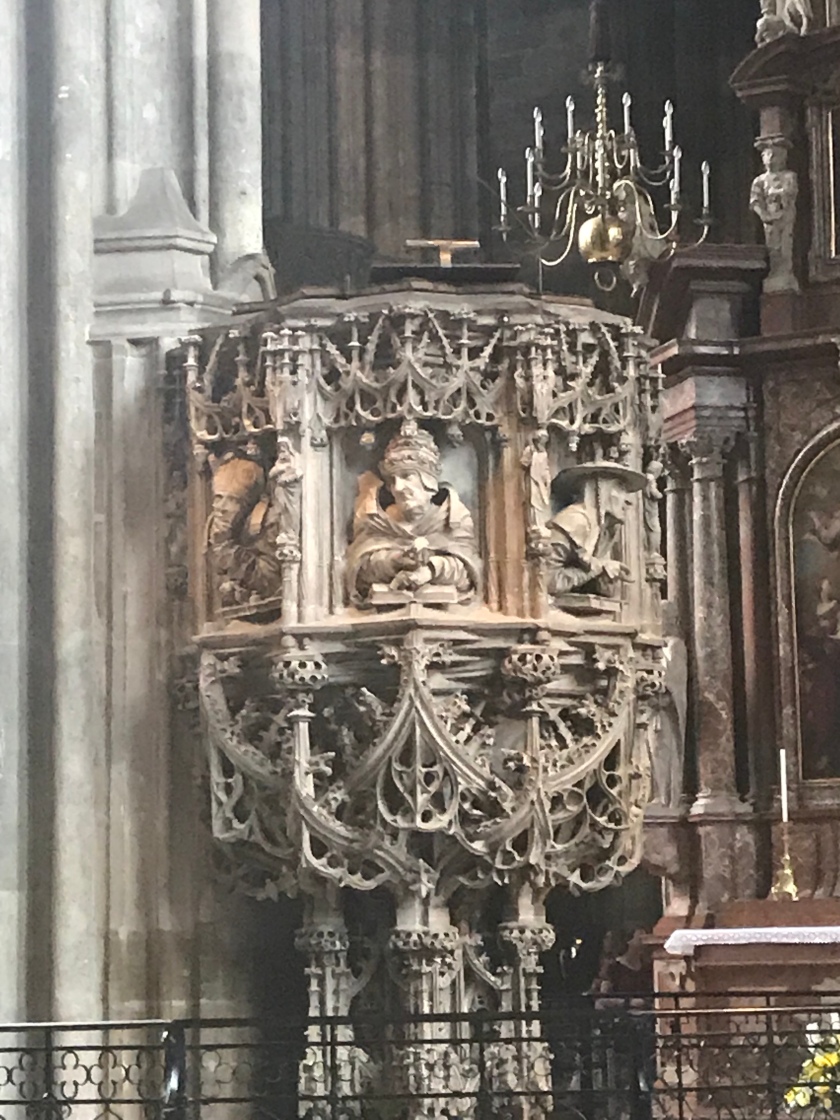 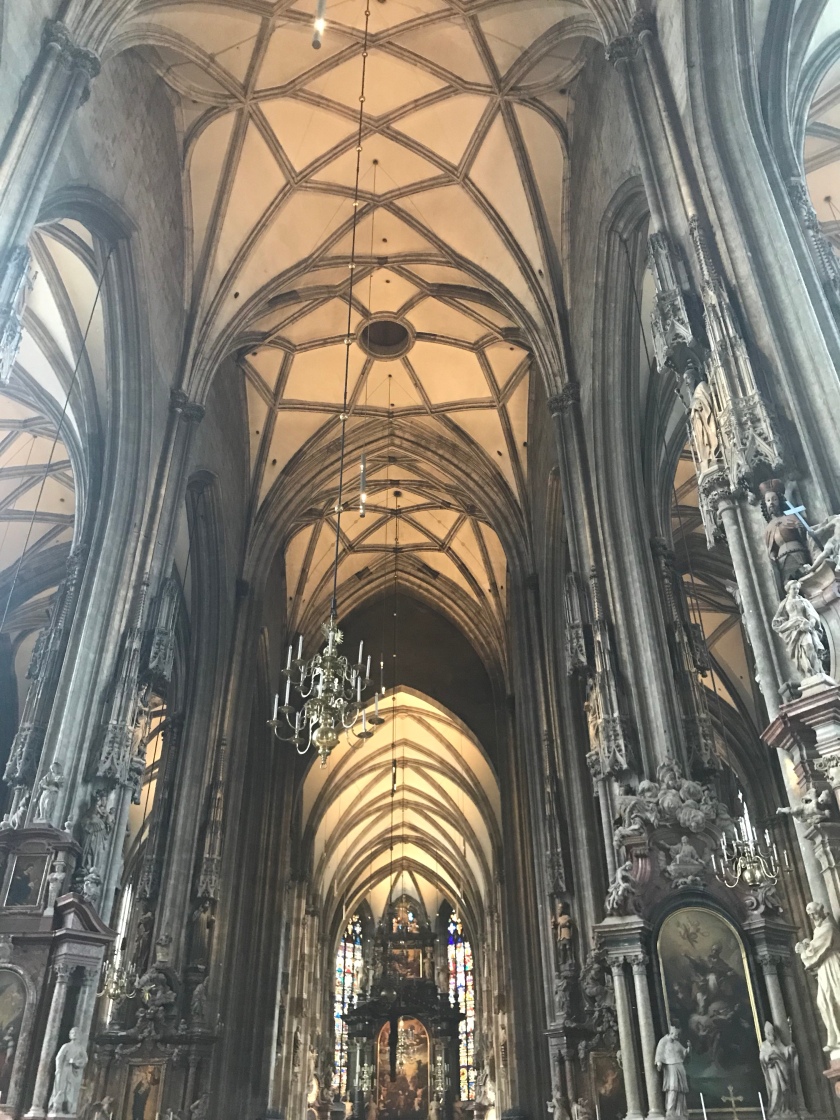 Outside there were people selling tickets for an intimate evening concert, in the room in which Mozart first gave a concert at 6 year old. After some contemplation, we decided to get some tickets.

Just walking around Vienna is amazing without looking at anything in particular, but just looking up. 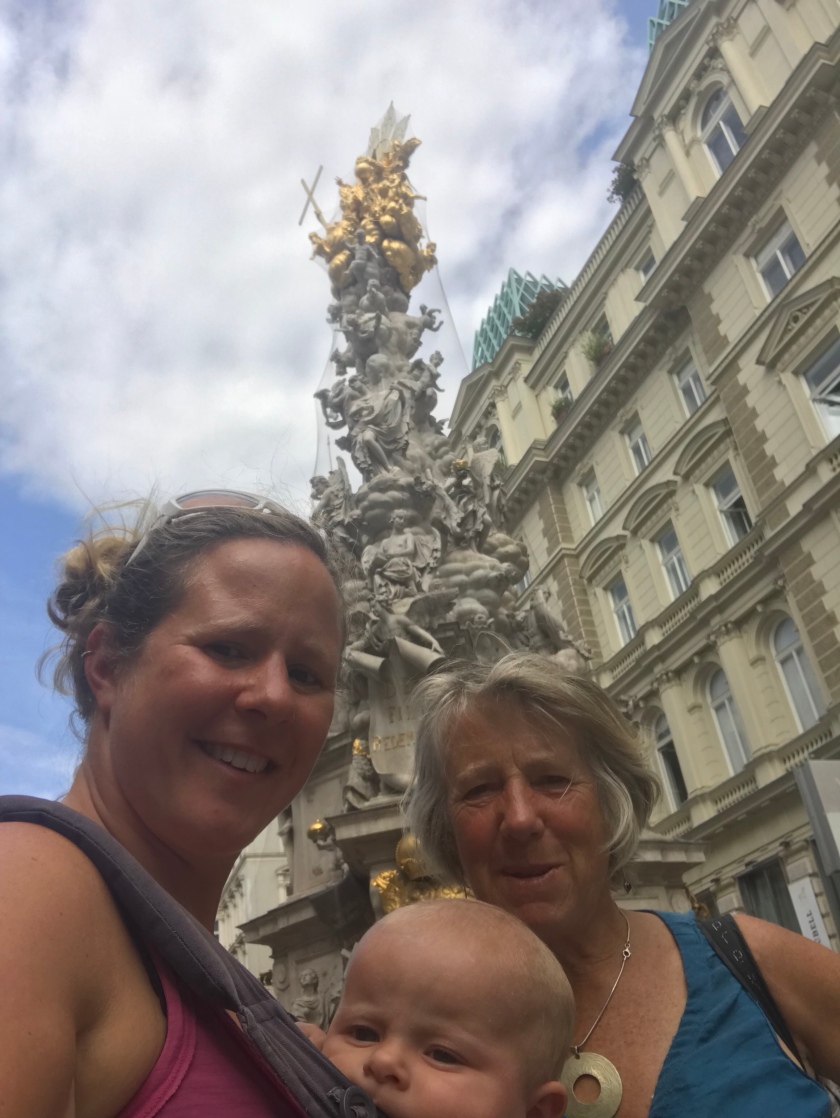 The buildings are enormous

The archways are intricately decorated

And the courtyards inside are something else at times

One now shopping centre was just so beautiful, you can only imagine that at some point the wealth of each individual residence to be decorated such. 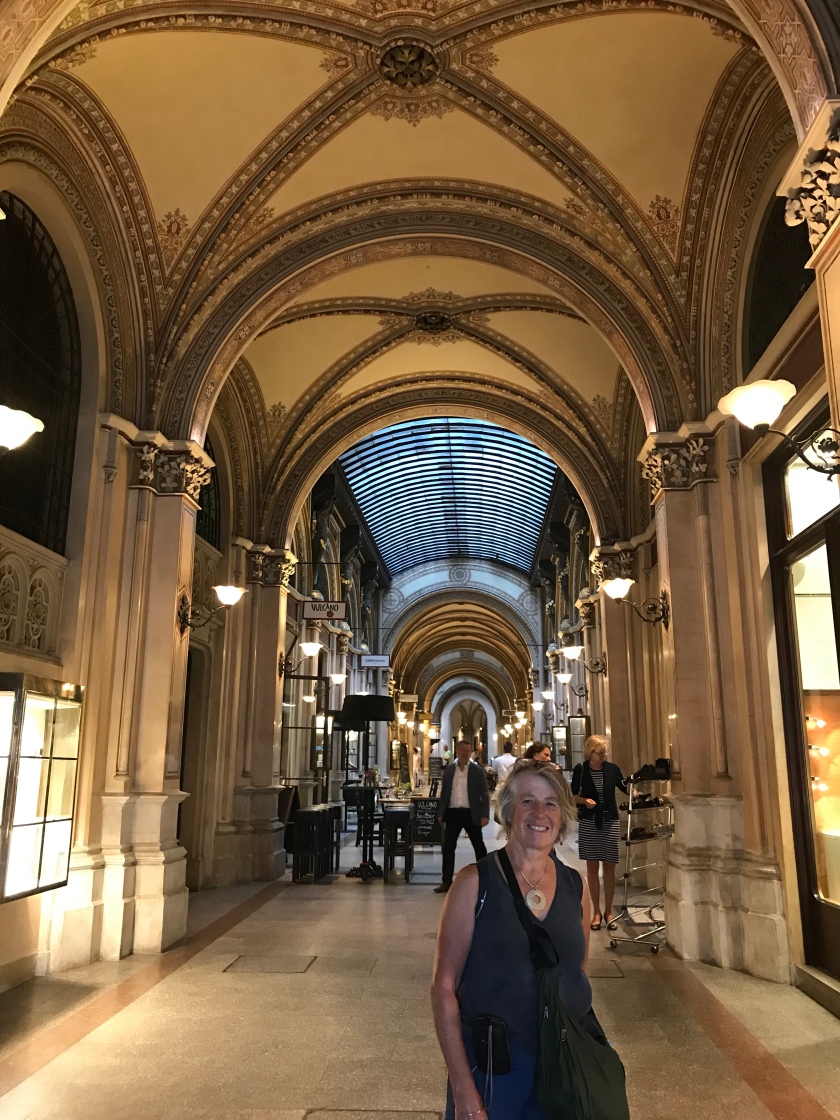 A lunch and my final ‘Gespritz’.

After packing up the bags we headed out into the late afternoon. Via the incredibly impressive Rathaus, where there was a 2018 film festival going on. 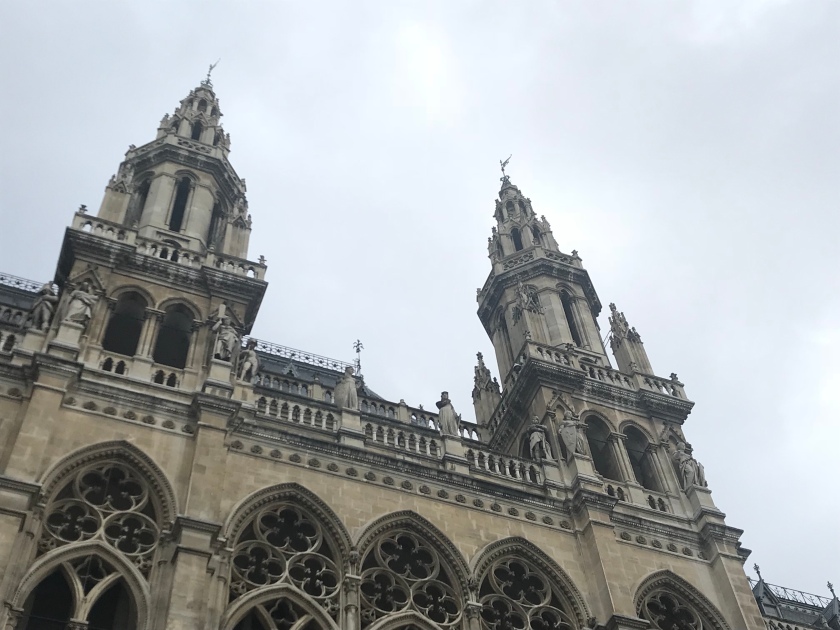 We went onwards to Votivkirche, which was towards the end of its process of being cleaned up on the outside. Beautiful again. 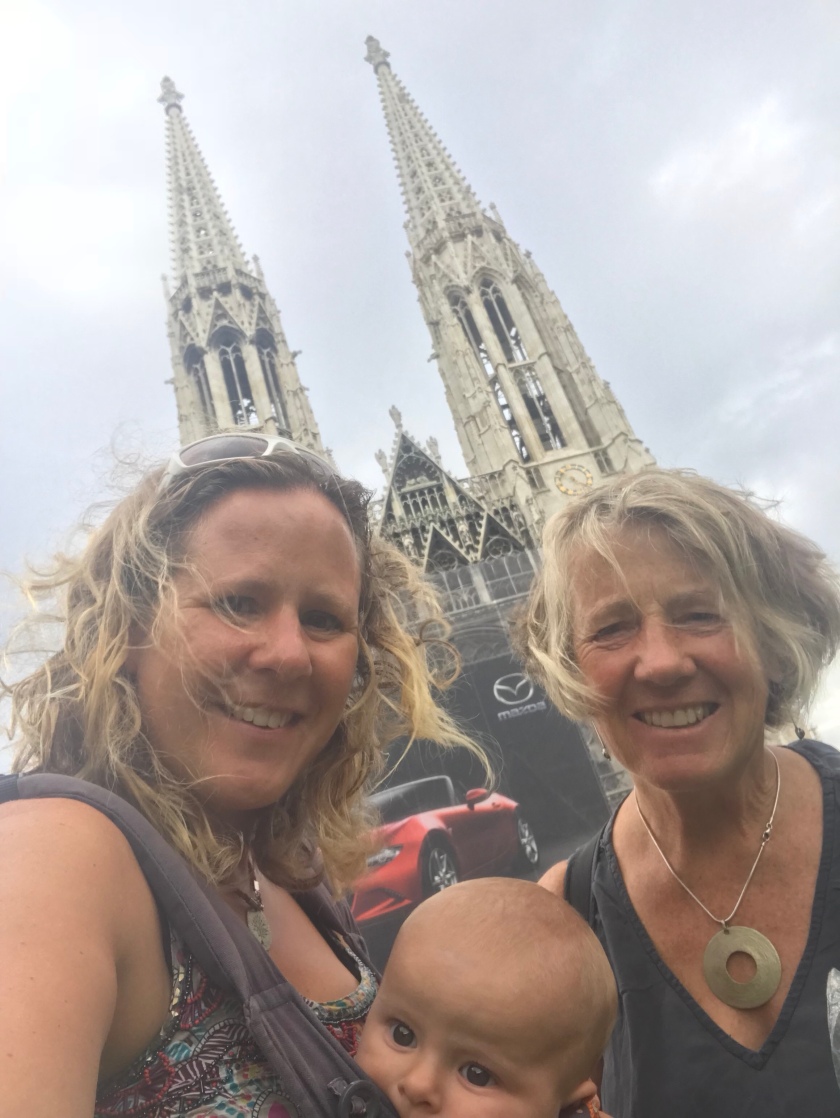 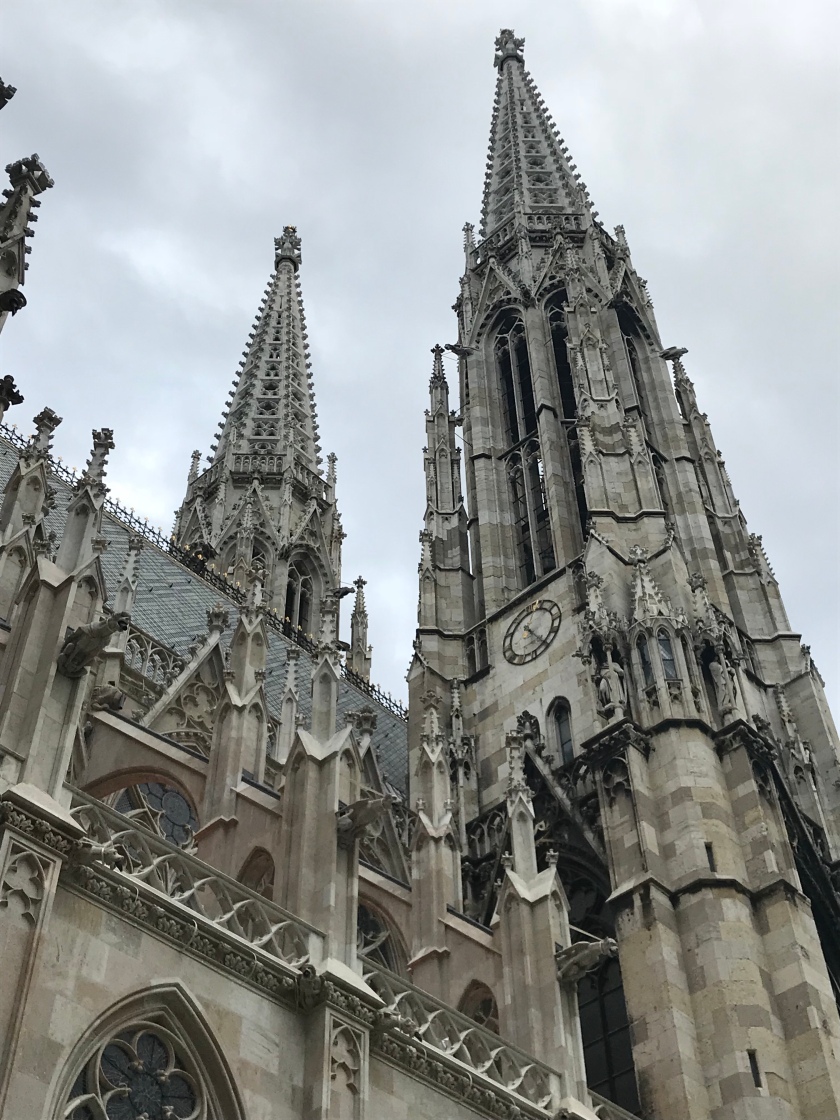 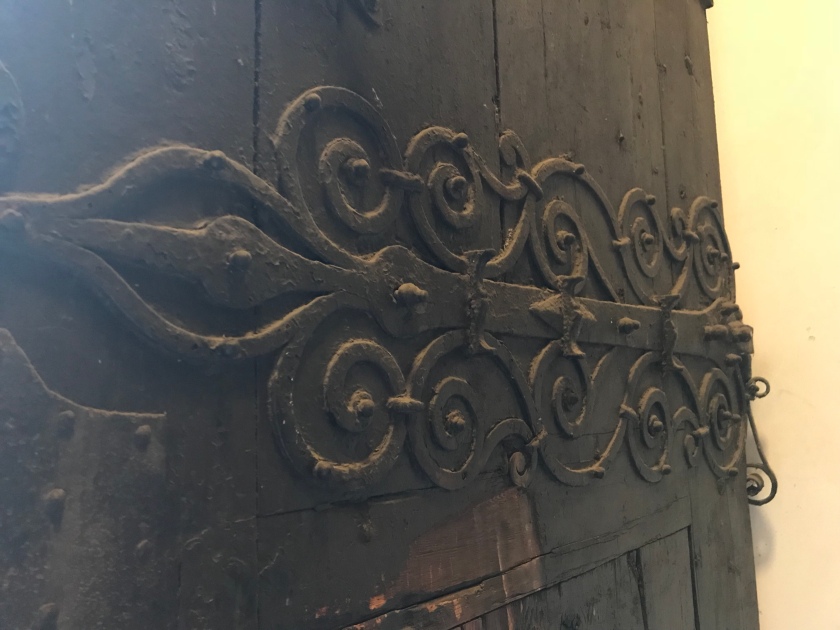 The inside was mostly behind curtains and being turned into a temporary art gallery.

…… to an innocuous doorway.

Once inside though we were in Palais Schönborn-Batthyany, the place for the concert. Quite relieved the tickets were not a con, we took our seats.

The musicians were said to be from the Vienna Symphony Orchestra and Opera, certainly they were good enough to be so. Playing and singing all the well known pieces, the first half went well.

In the second half Evie started rubbing her eyes and getting very wriggly…. then crotchety…. and finally loud shouts. Mid-piece, there endeth the concert for me & her. She had done very well to this point though and you can’t really reason with a 4 month old!

But as soon as I walked her around outside the door she calmed right down, so I could at least dance on the stairway to the final pieces, which in itself was quite nice. Whether for me or not, they kept the door partly open once I walked out.

A final meal in a very local pub, The Centimetre, just round the corner from our hotel. Popular and with good reason.

A really enjoyable evening and way to finish our trip.