Another day stop off between Taupo and the Coromandel Peninsula, we visited TePuia to see the bubbling mud pools, geysers, vents and boiling pool.

Although the sights were impressive and the place itself was well laid out with good free tours on offer, we still left feeling it was a bit expensive for what we got.

However, as I said, it was impressive to see.

The mud pools that bubble 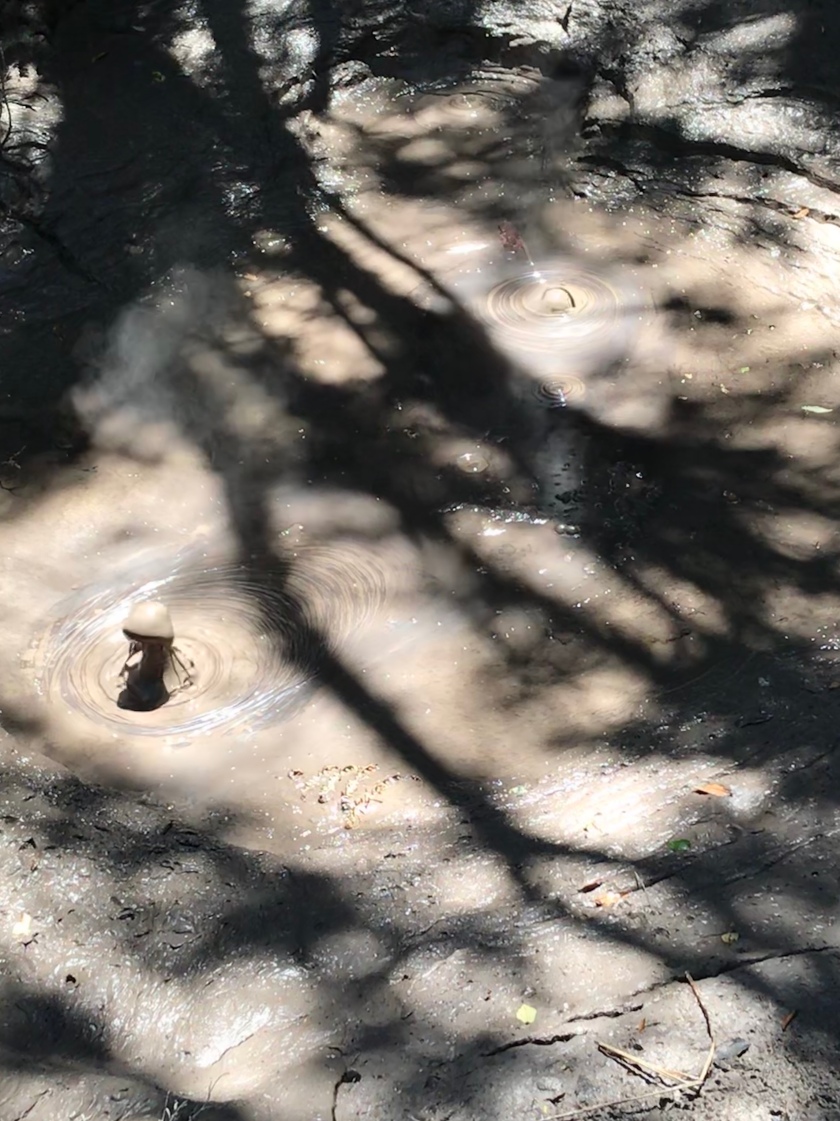 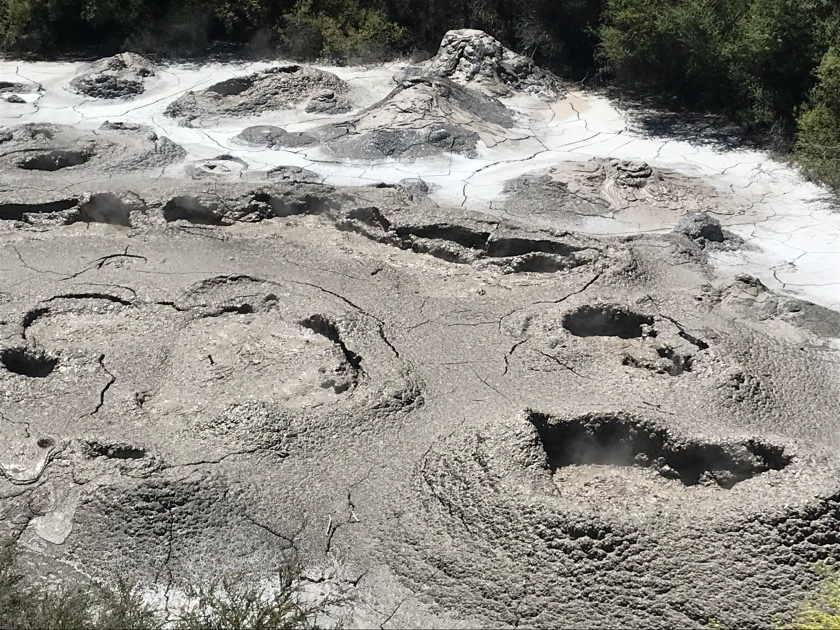 The Pohutu geyser was fun to watch, as first the implementer geyser went off and then the biggy, blasting water jets up to 30m high in the air. 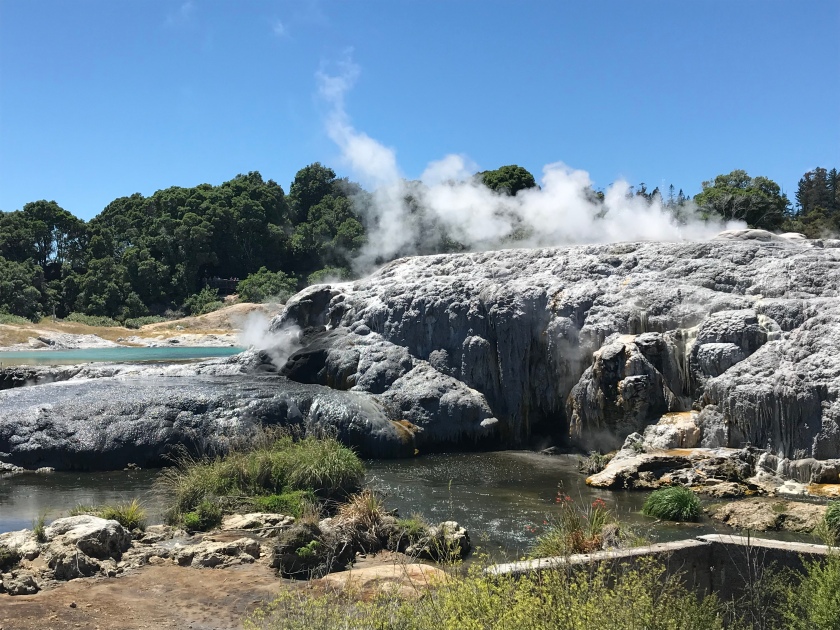 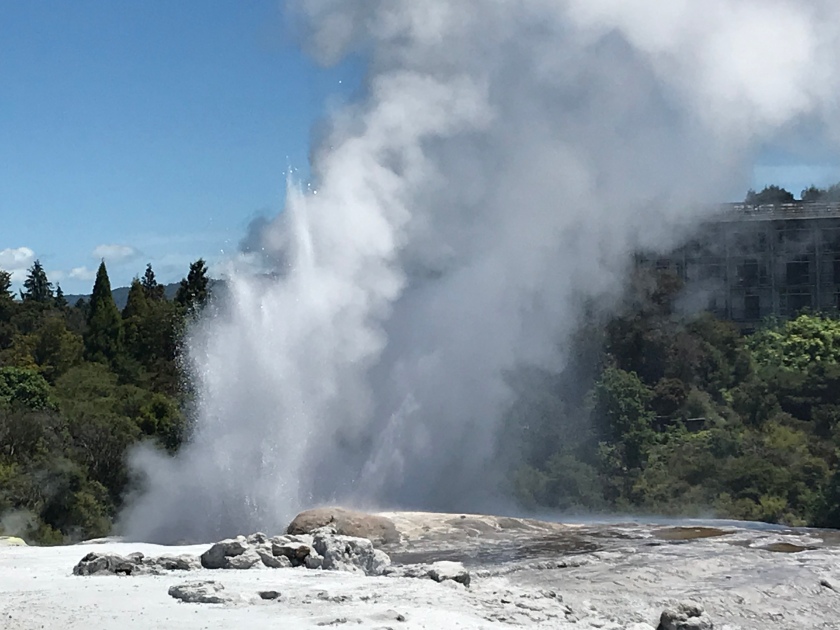 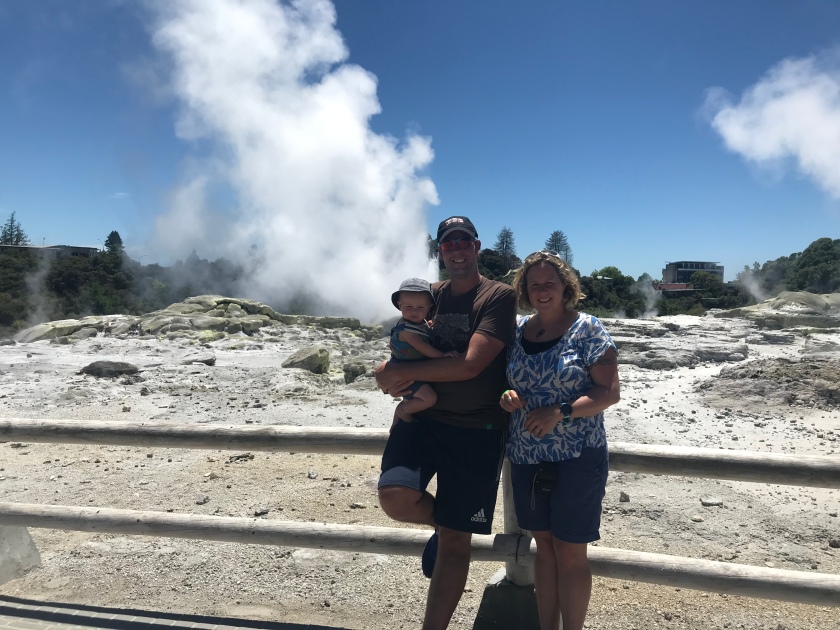 Carrying on around seeing steaming vents all over the place 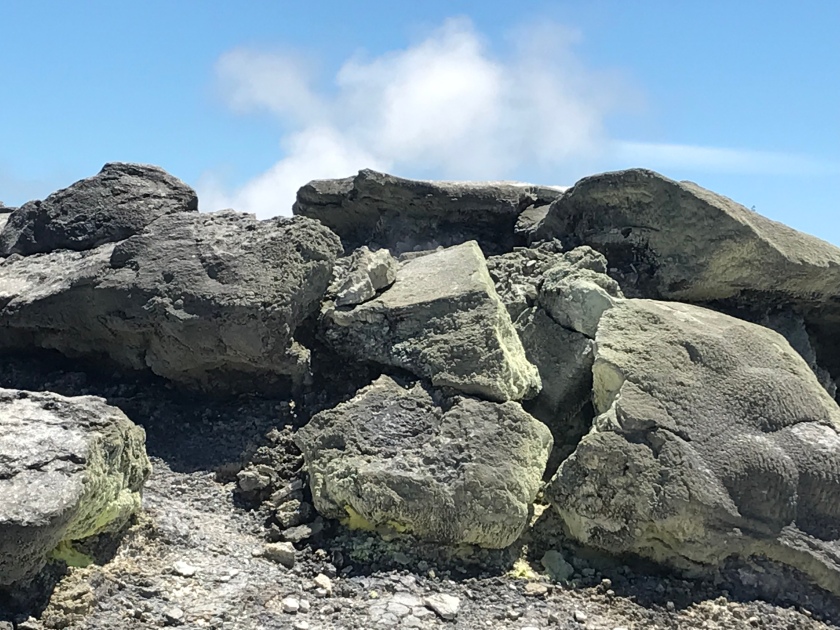 And then the boiling pot, which is still used for cooking in! Apparently a boiled egg takes 7 minutes. 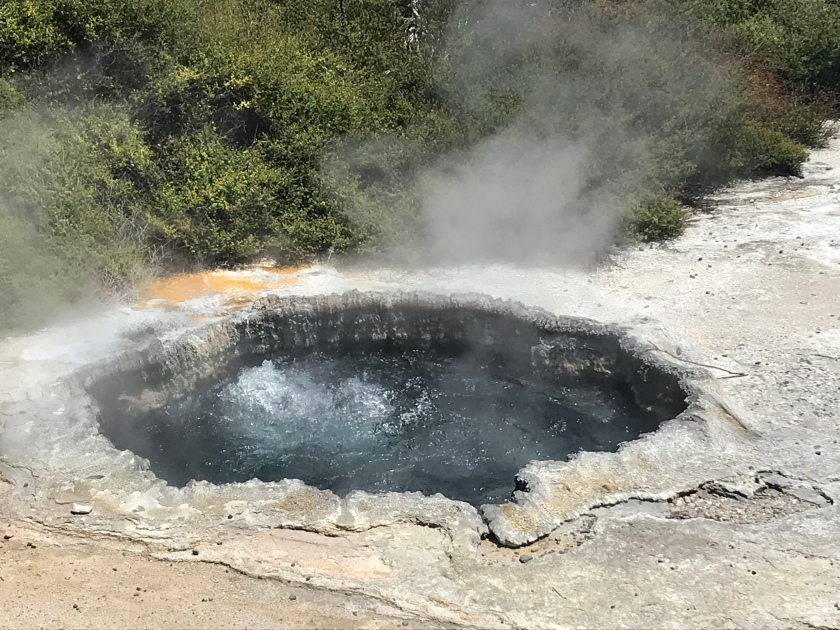 There was also a traditional arts college on site where you could watch students learn ancient crafts. 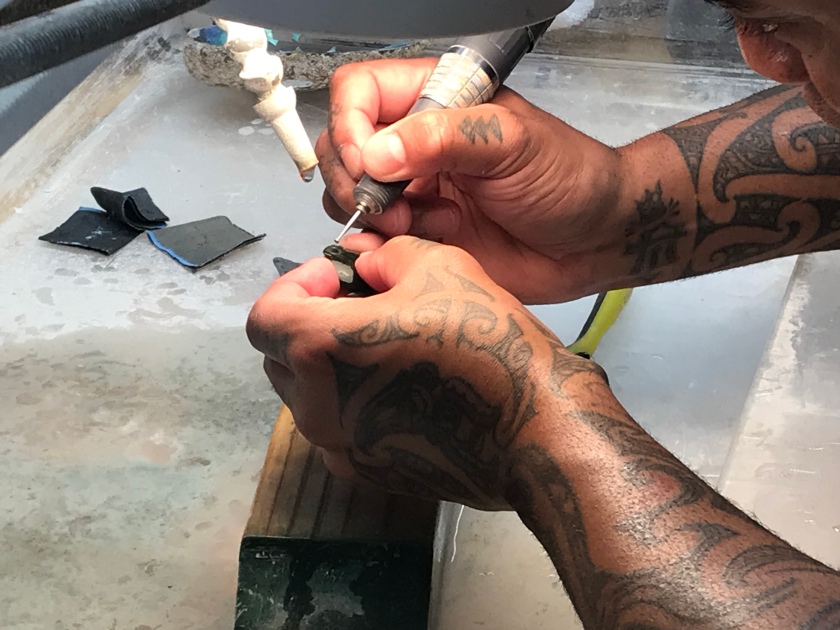 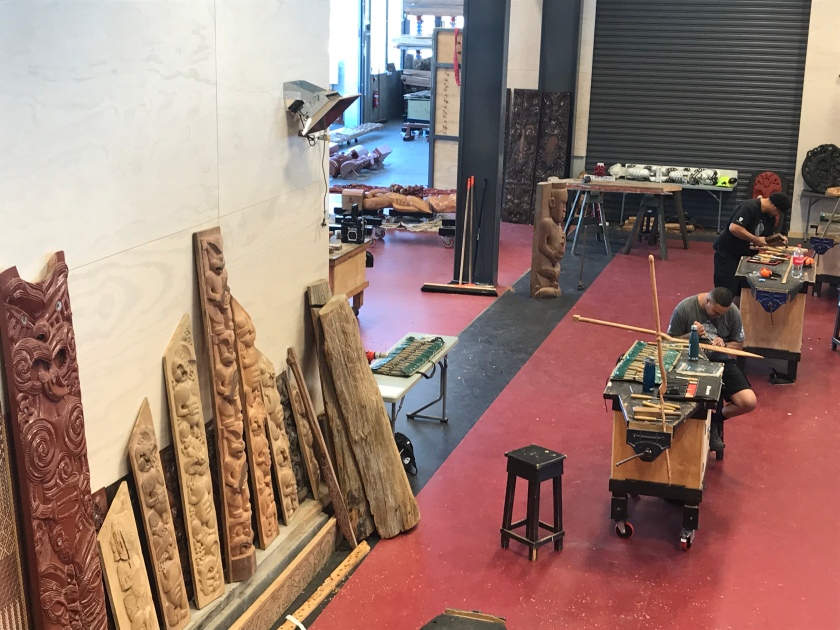 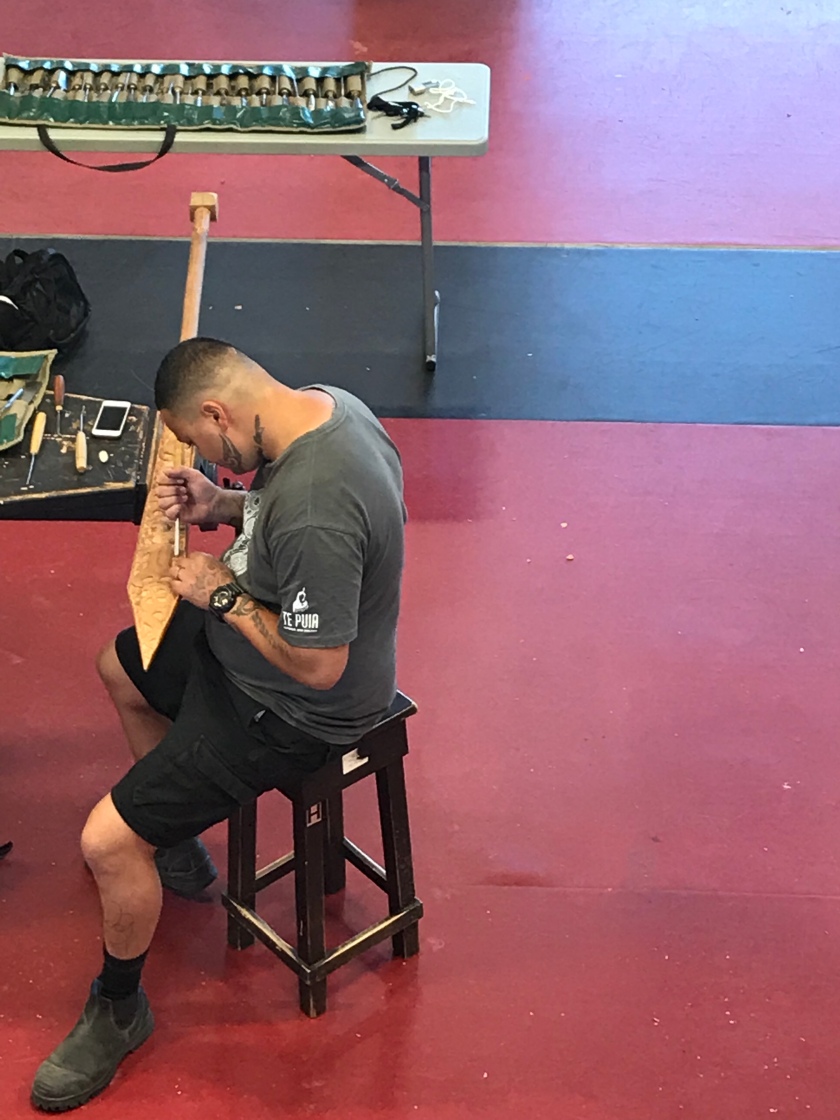 They also displayed some of the bigger projects they had made at the college. an enormous traditional canoe, made from the single trunk of a 1000-2000 year old tree and a storage box on very decorative stilts. 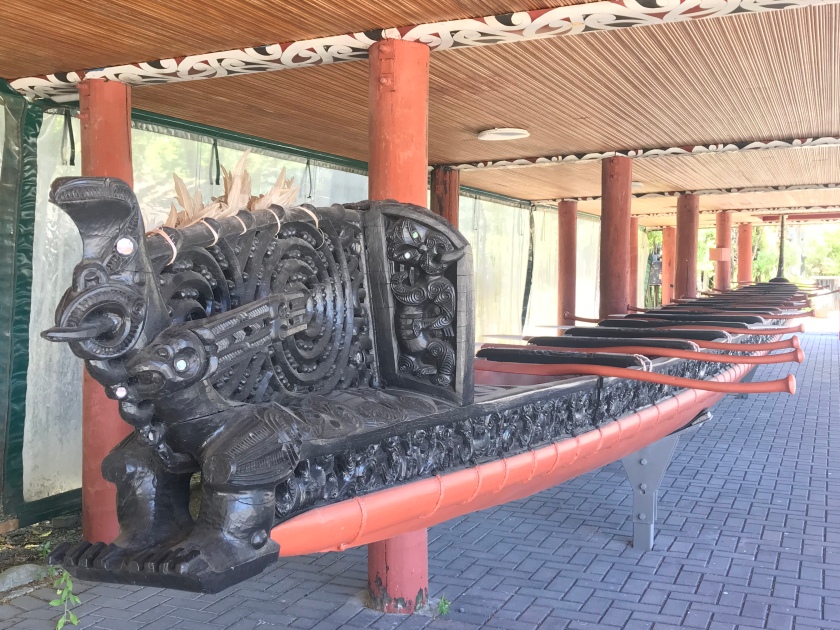 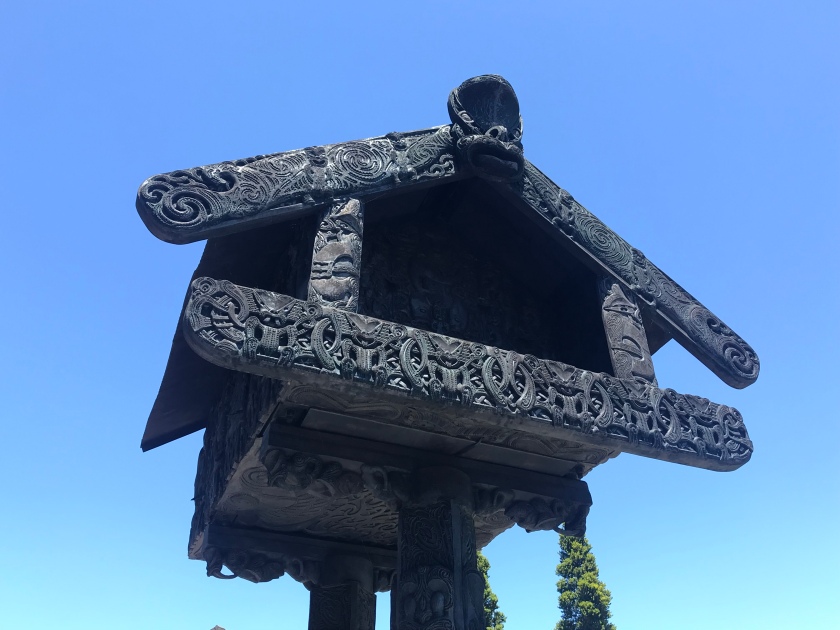 Onwards from here we had planned a swim in Rotorua lake. However, when we got there no one else was in or on the water. Then upon googling it it said it would not be safe to swim in for another 20 years. When I dipped my hands in the water smelt of sulphur, and my hands tingled for a while after!! Still nice looking lake for the eye. 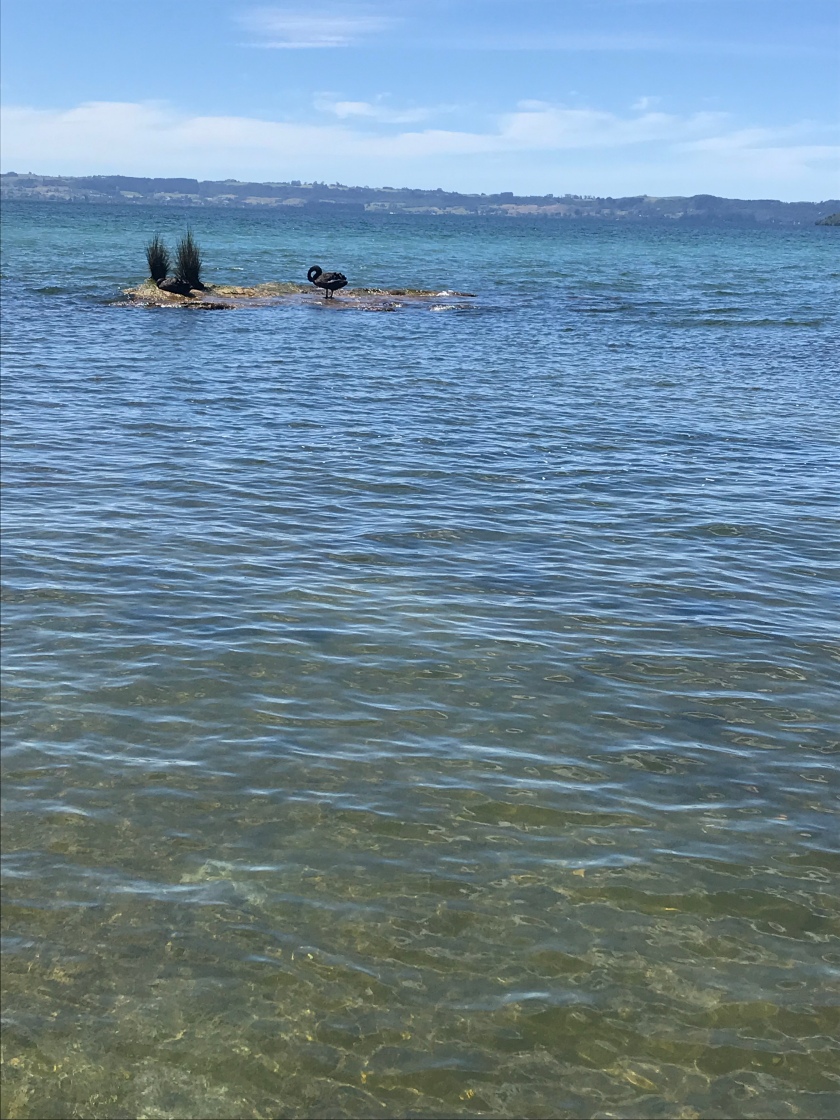 We instead had lunch in the Government Gardens. Don’t plan a trip to the museum anytime soon as it is shut due to risk of earthquake damage. 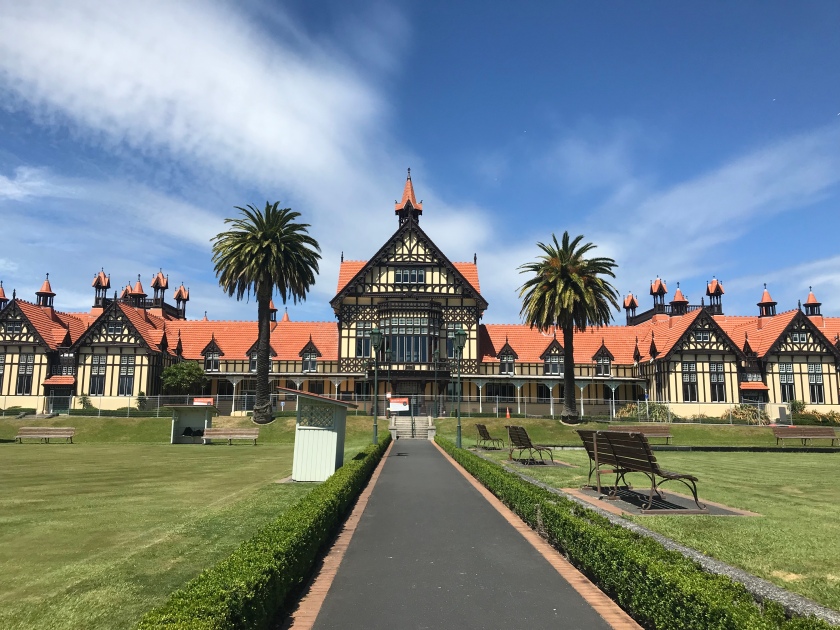 So instead after a picnic we took Evie to the park, where she played football with her Granda and had her first independent slide experience. Loved it giggling at the bottom 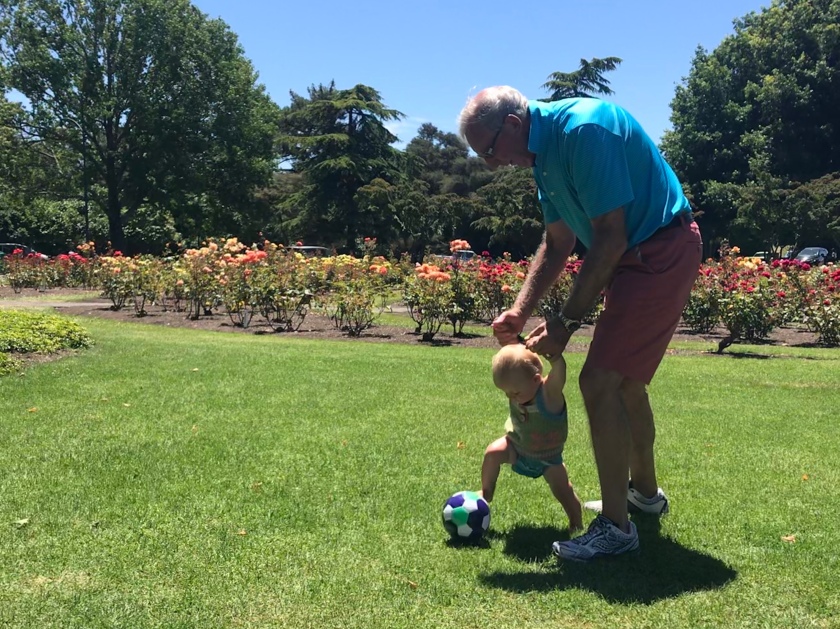 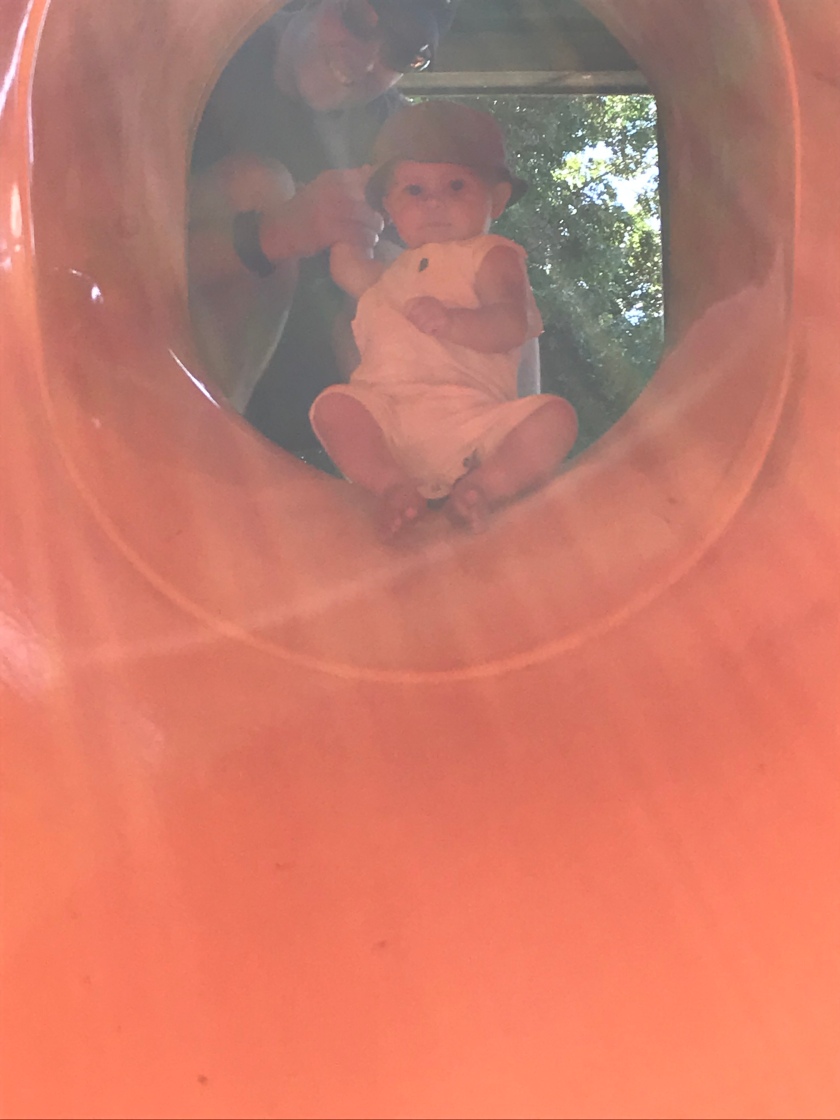 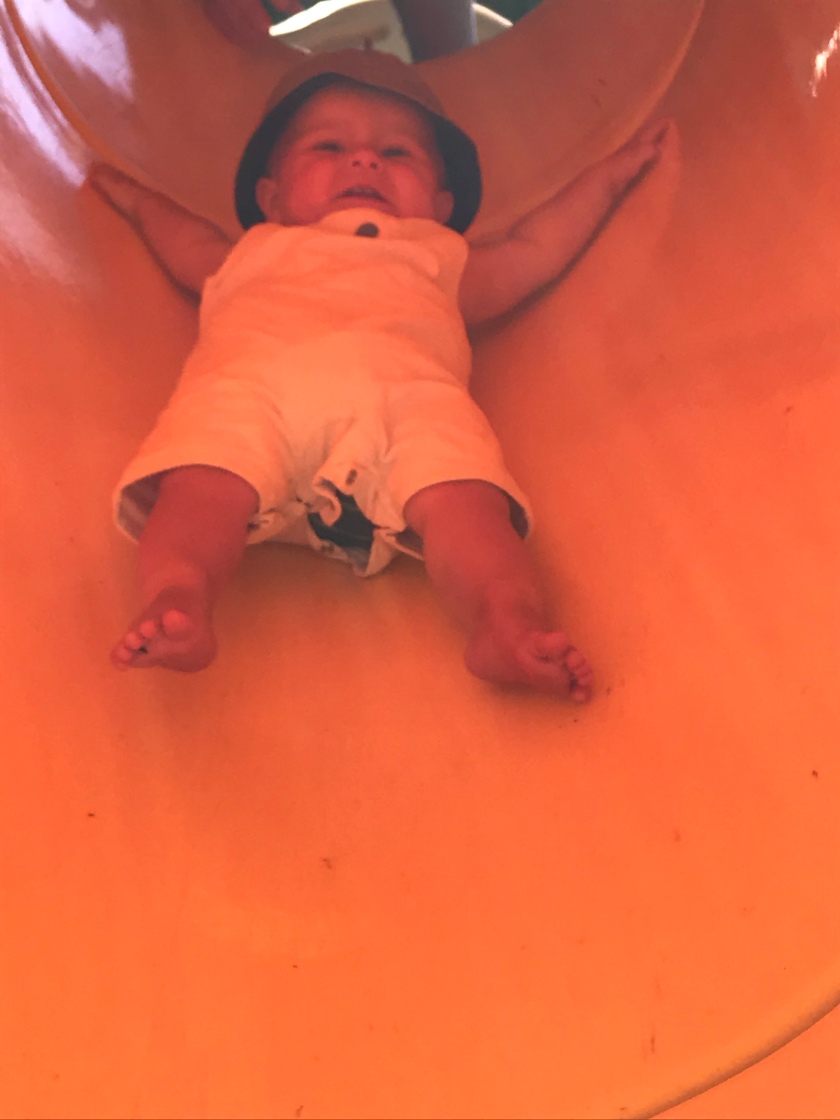 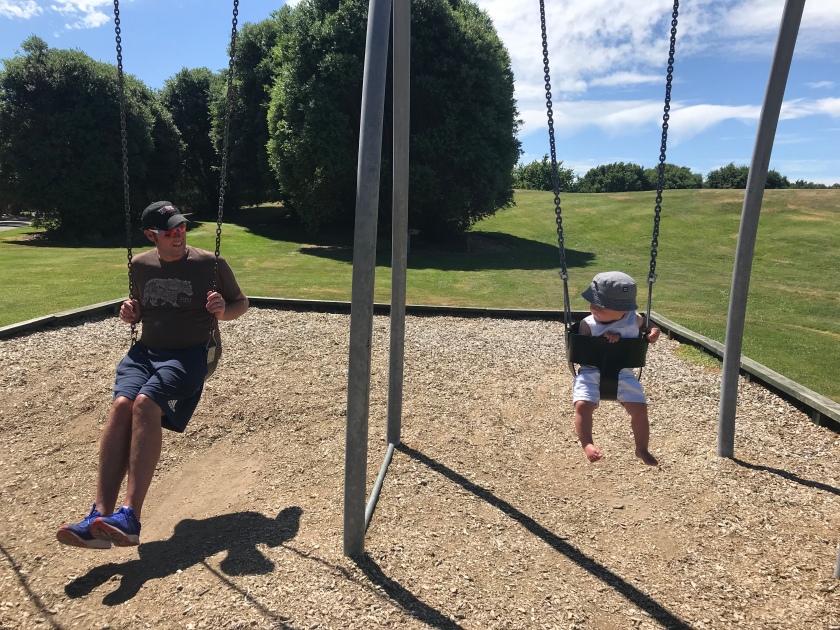 After a play time to get into the car and heading on to the Coromandel Peninsula.