A clear weather window in what had otherwise been a dreary month, so whilst I still felt capable we decided to attempt Scafell Pike. We also decided on a longer drive around for the shortest route up, but once there also figured we may as well take in Lingmell.

Driving along – had to stop to take in these phenomenal reflections

A local enjoying the view – well why not!

And Evie is thoroughly enjoying herself before having a very well timed sleep – means that we actually got a chance of making it to the top without her wanting to walk it all!

Heading up Lingmell nose – there is kind of a path….

I was somewhat pleased that Evie was asleep at the summit as the drops were something else, not a place for a Bean to be running around. 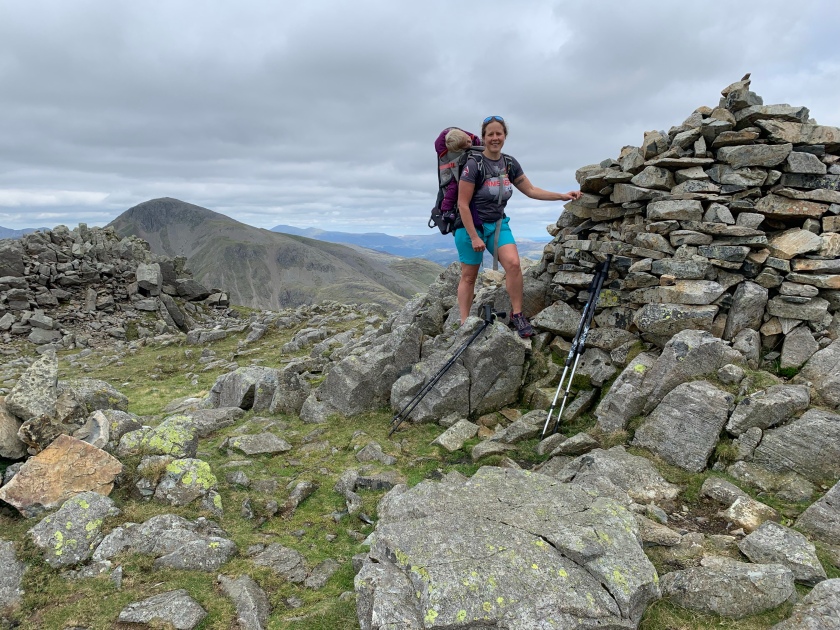 But then she did wake and it was a well timed lunch stop before a second hike up . Evie did of course want to do some walking now! 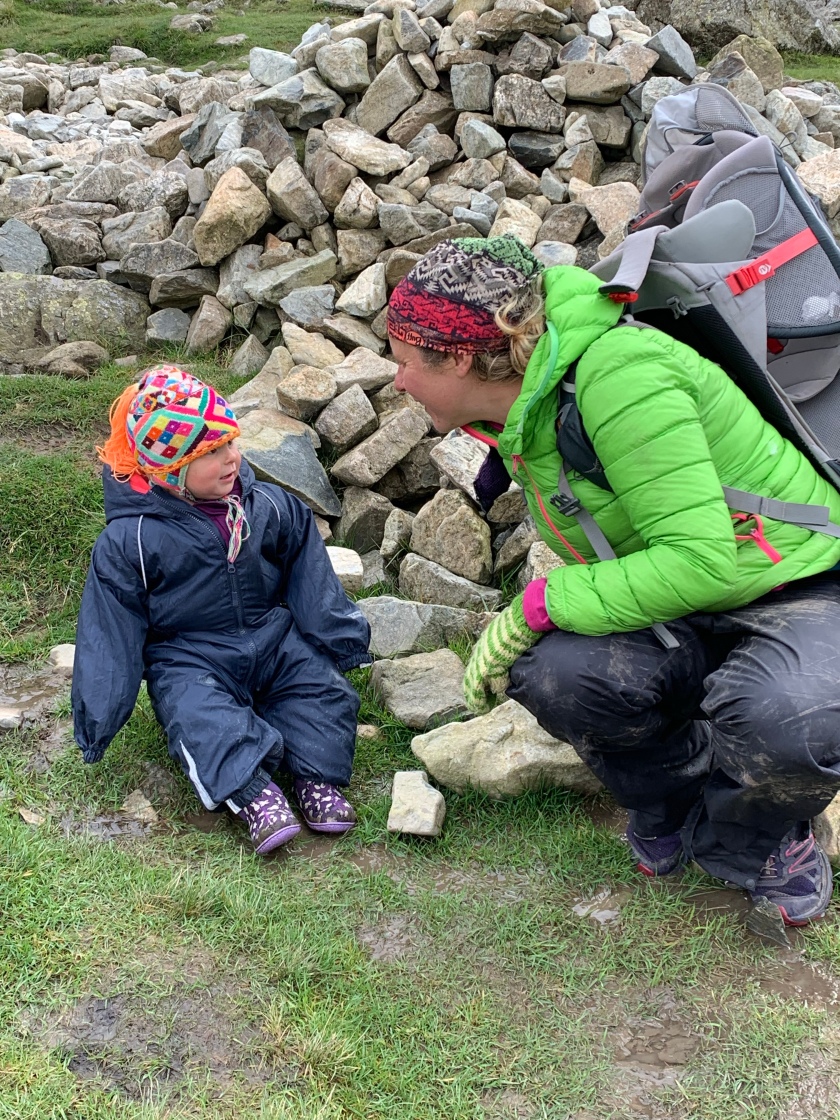 Some pack, some walking. But Evie did do the last few steps herself to the summit. 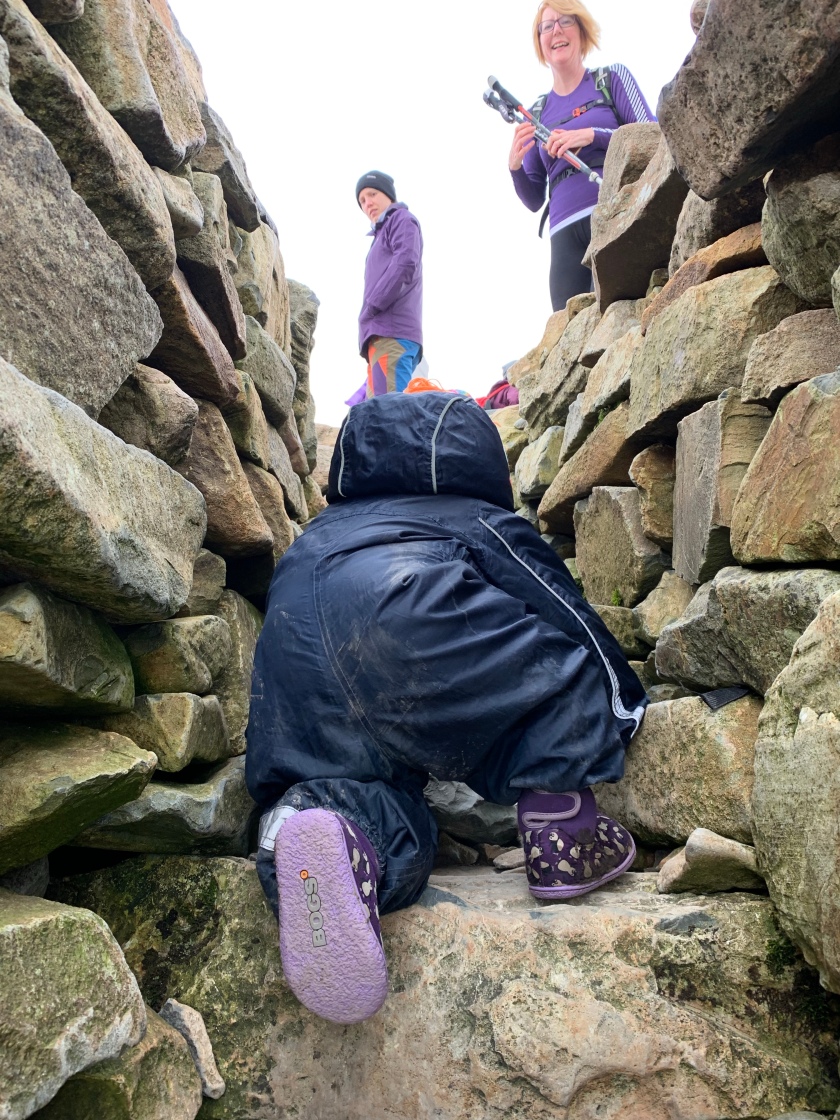 Here we are, Omi, Evie Bean and Mummy on top of Scafell Pike. Enjoying the view but aware that it took us a good while to get here to! 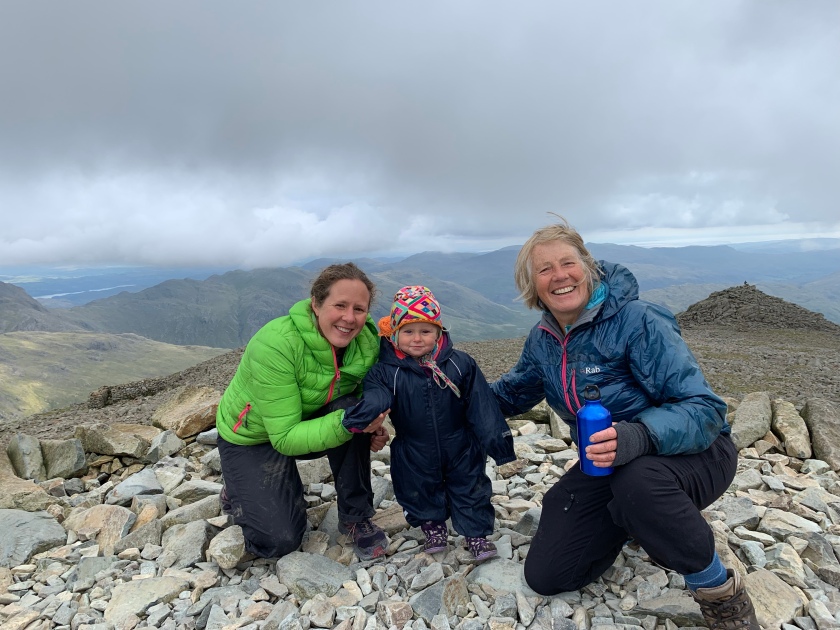 Evie of course wantsto continue walking as we head down. 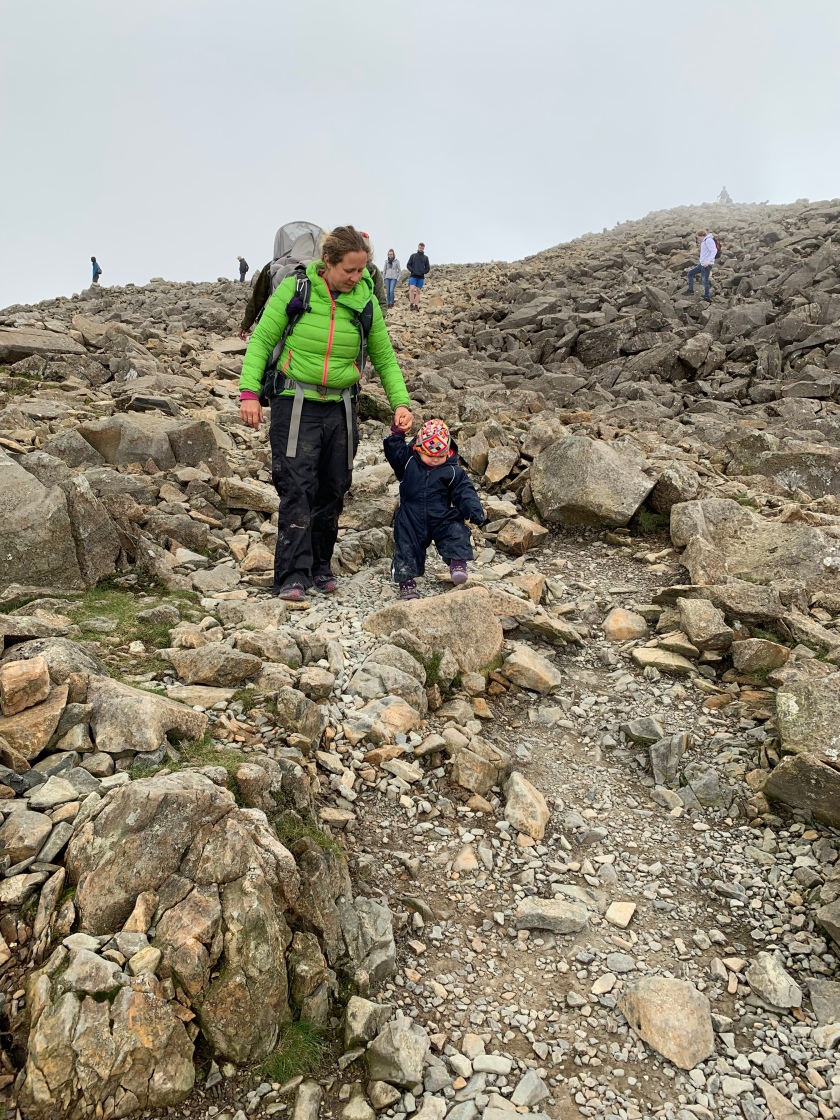 Finally though it is time to pack up and Evie insists we all have our hoods up!!

Coming down through the Mickeldore gap, that was exceedingly tricky and took a considerable period of time! 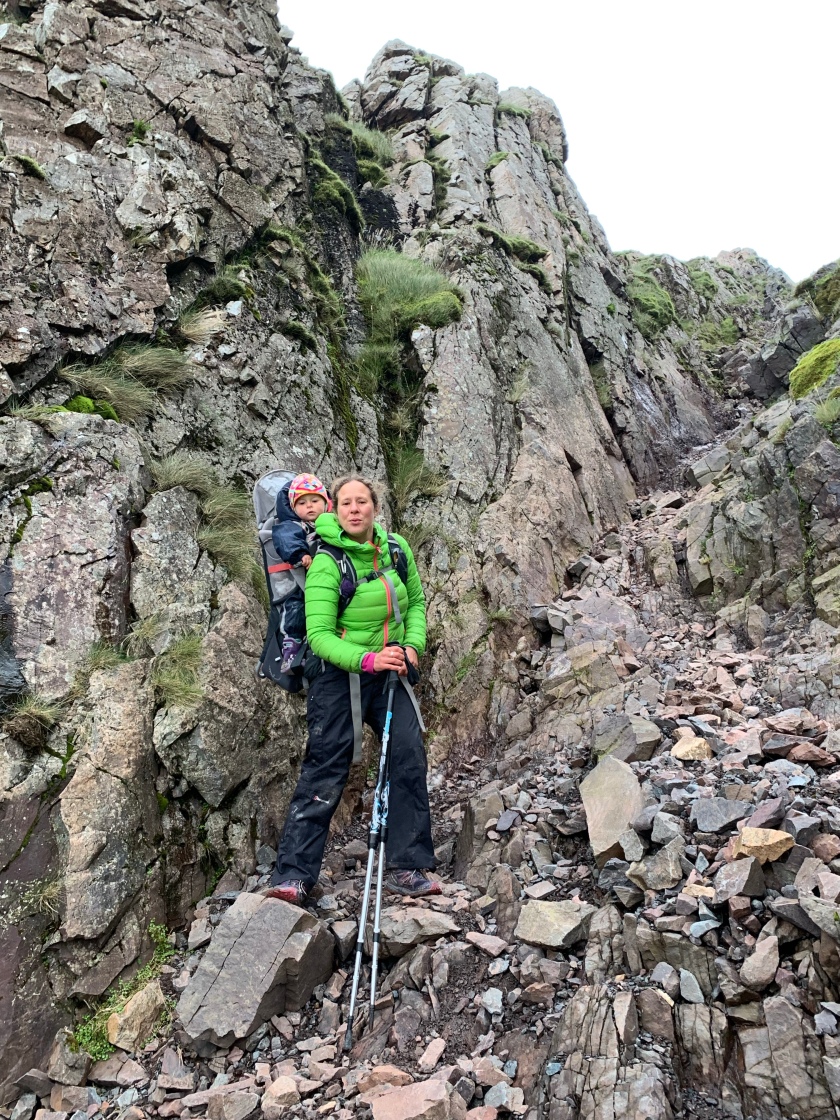 Finally down the gap of doom – we all made it safely!

Under the big rock! Then down an awful lot of thigh aching steps carrying a Bean. 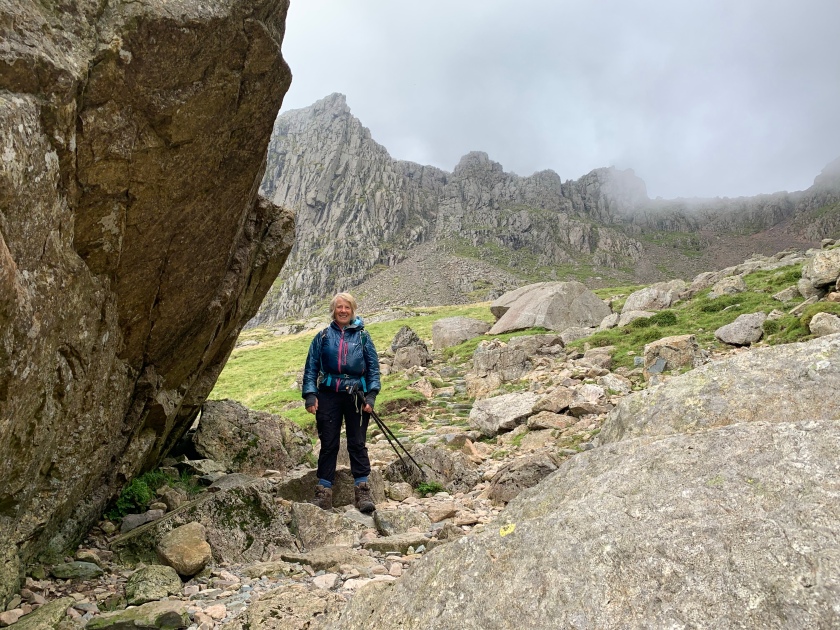 Finally she is out of the pack and enjoying a run around. A lovely grassy slope to enjoy on the way back to the car.

Come on mummy, time for tea!

And finally, a well deserved G&T to celebrate the day! And what a day it was.