Our last day of cycling, a short day in distance but a big day in effort as the headwind got ever stronger.

First exciting thing. We trialled Evie in a high chair and she was great in it! Less frustrating for her and a whole lot easier for me! 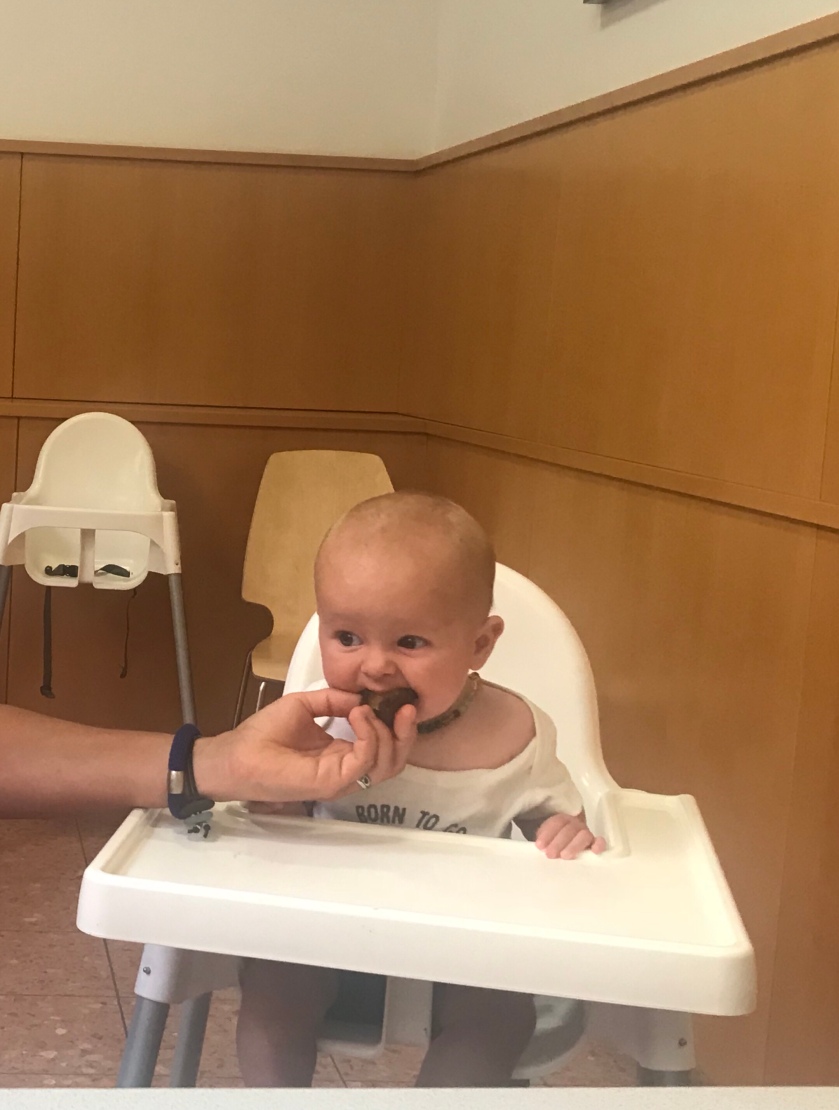 Clearly I made sure she was dressed in her most appropriate romper for our final day! 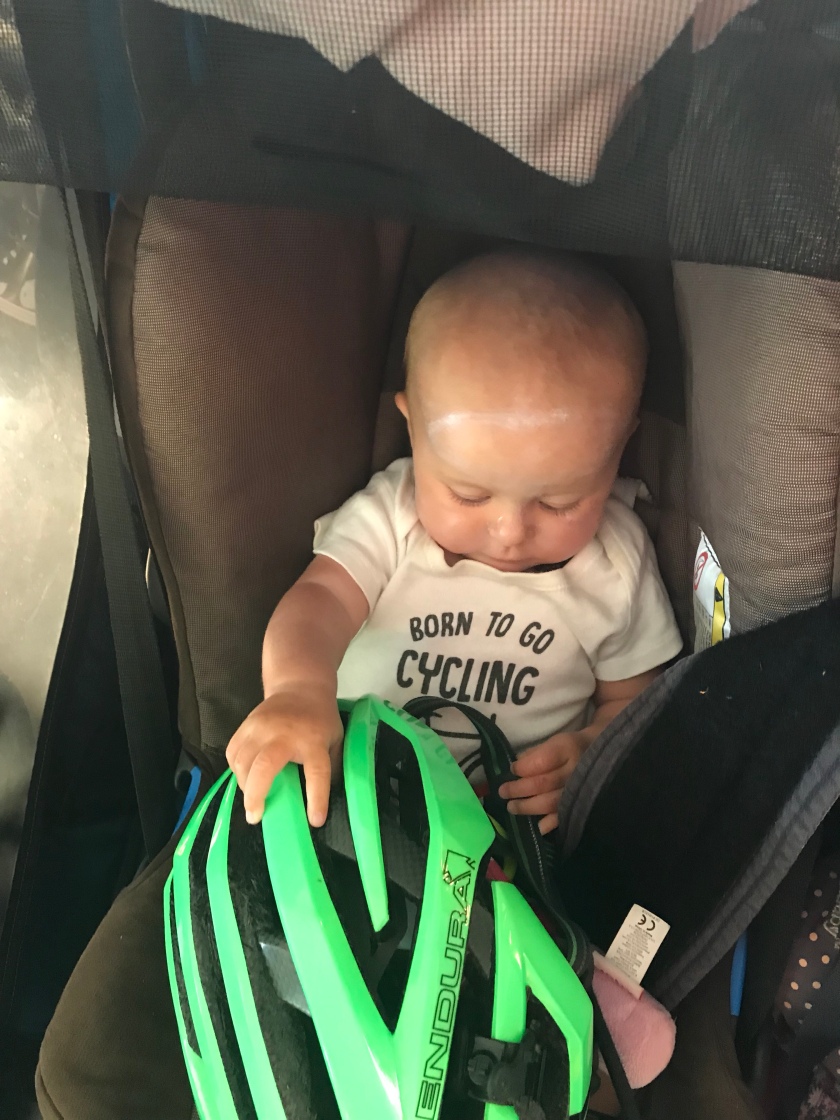 And finally we were set for off!

We visited the ossuary / charnel house in Tulln first thing as the door in the amazing doorway was now open. Was intricately painted inside. 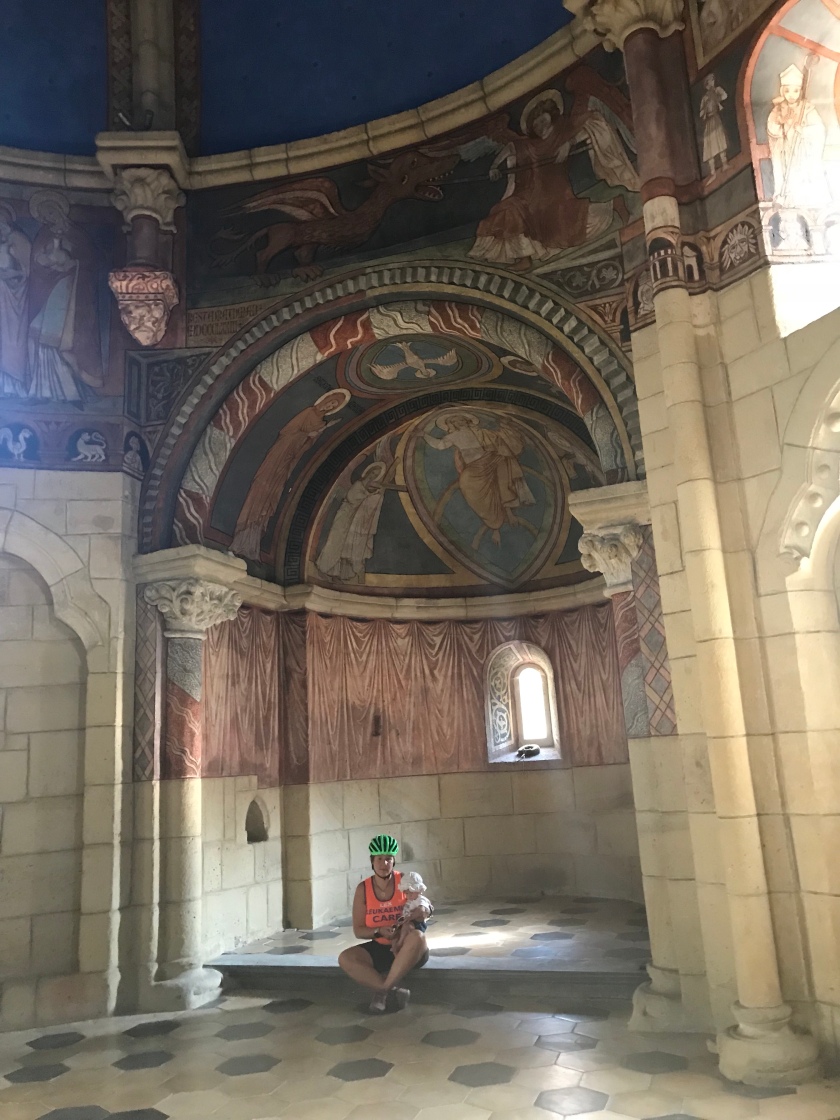 Then past the front of our youth hostel from last night. We never did find out what the building was in the past …. speculated on it being a hospital

And we were on our way. It was just big open river for practically the whole way 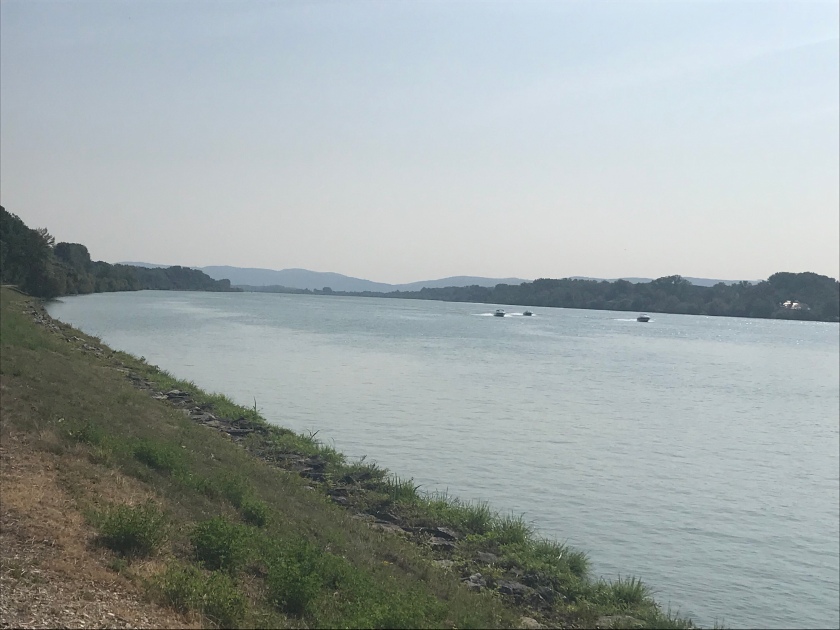 Mum wanted a go at towing Evie , so we swapped bikes, which made me suddenly feel like I was riding an e-bike (not that I’ve ever tried but how I’d imagine it to be).

Battling into the wind became quite energy sapping. We eventually got to Korneuburg, which had a tale of a rat catcher almost identical to the pied piper of Hamlin.

We had planned to go in to see the Rat Catchers fountain, but it looked a busy town and I didn’t fancy navigating it towing Evie, and due to the wind it was getting later than planned.

So instead we got our final river ferry of the trip across to Klosterneuburg, which Evie slept through. Back on the south side, we finally enjoyed a drink

And a swim / paddle / play with stones! 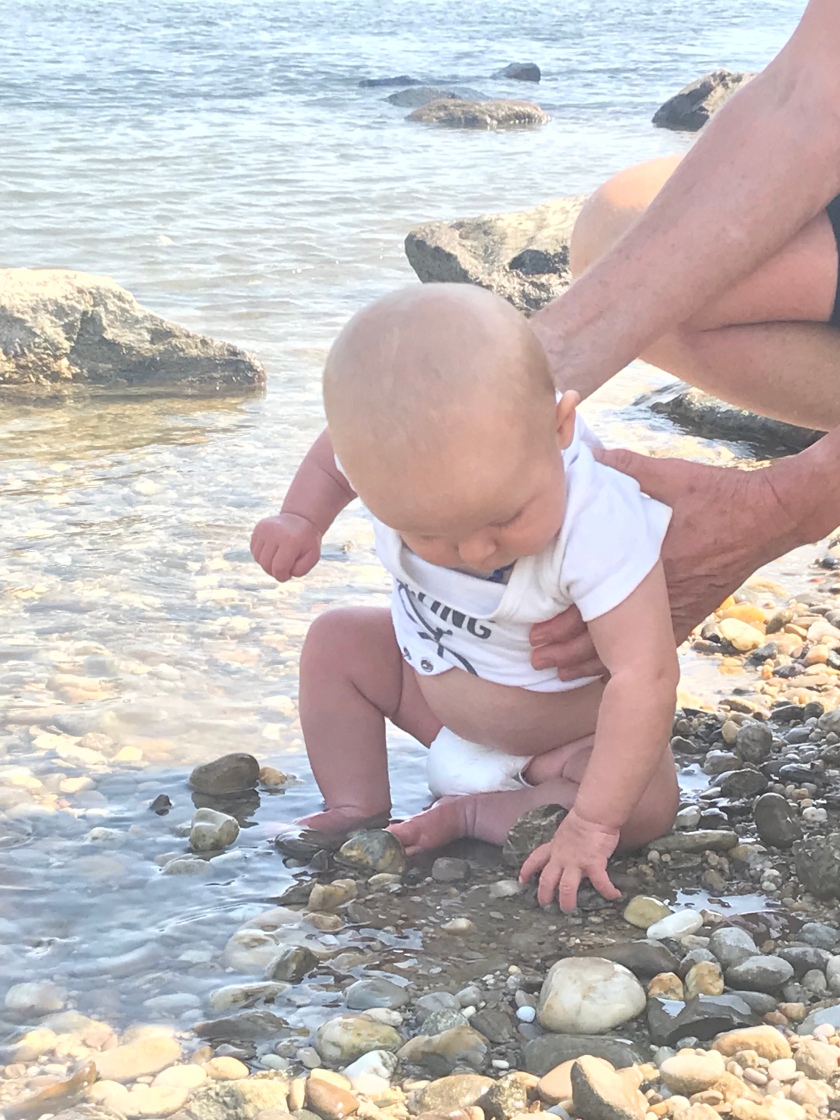 There is a huge monastery in Klosterneuburg which is massively impressive from the outside.

We decided to make this our final call and cycled there to discover you couldn’t go inside unless on a tour (which was in an hours time – too long to wait). But you could go and see the church, which was pretty impressive from the outside. Check out even the roof!

…. and just so beautifully painted inside. 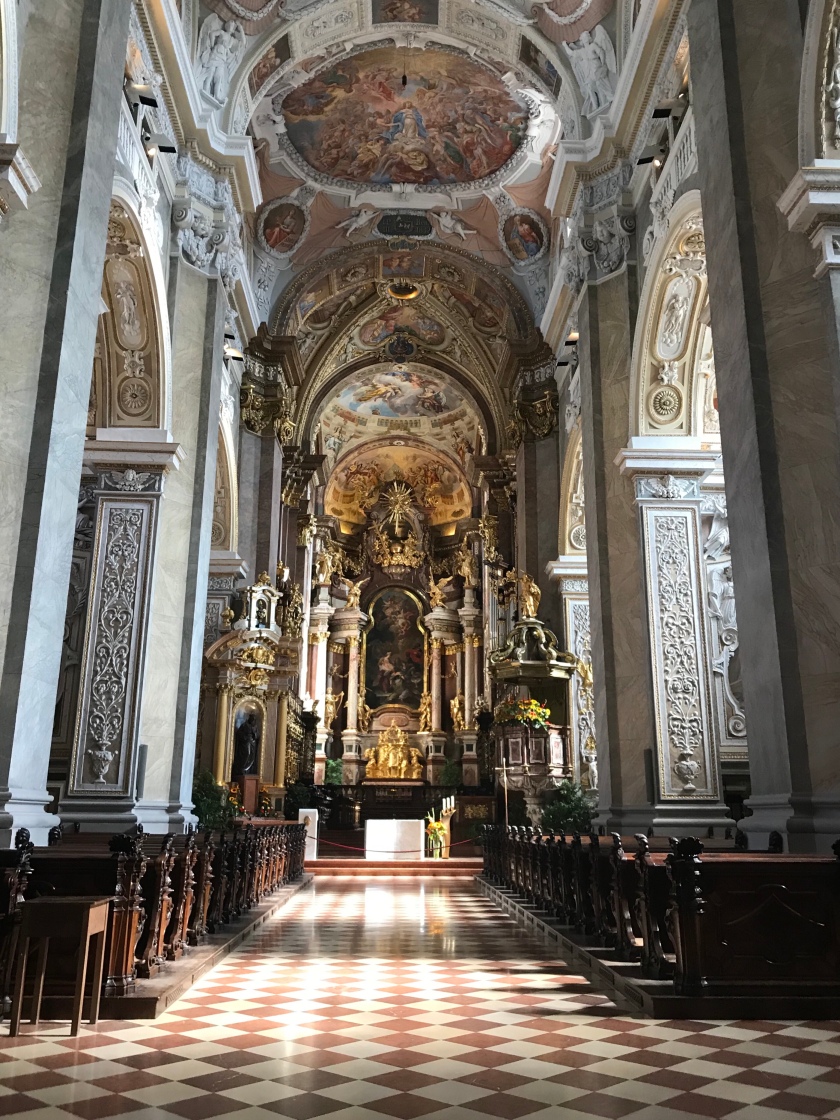 And then that was it!

Bikes to be unloaded here in Klosterneuburg as our rental company wouldn’t collect from Vienna. Sad times.

Loaded the panniers back into bags, un strapped the car seat. It was hot and despite having used up nappies and milk powder, the bags were still heavy!

Our hotel, Station Graf, has a bonkers lift! 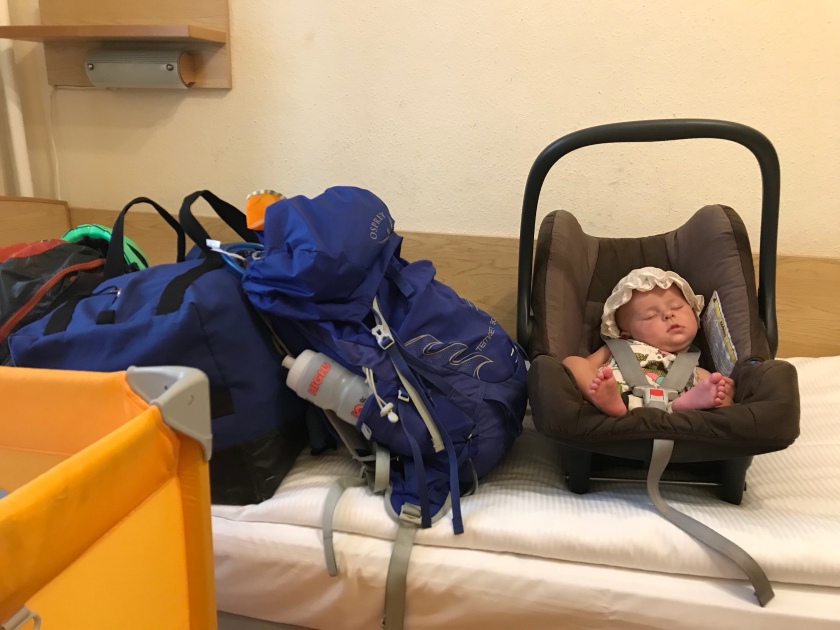 And Vienna looks beautiful…. we have a day here tomorrow to enjoy, before it’s all change and onto adventures new.