So when Evie was just 12 weeks old I had an out of the blue request. Would I go and teach Pilates for 3 consecutive days at both the Bluedot Festival and Kendal Calling. Well my initial response was ‘no’. But then I thought why not, especially as I got a guest ticket for each festival.

It took quite a while to work out the logistics, especially as I decided to camp at the first one with Evie. I needed a babysitter at the festival for when I’d be teaching. My sister Imogen kindly stepped up to the job, along with Sam, her 2&1/2 year old son.

Arriving less than 2 hrs before I was due to teach on the Friday, having come straight from our holiday in Staithes, we first had to wait very patiently whilst security (Nigel) allowed us in, because of course, our passes were not where they were meant to be. Then the tent I was teaching in was the far side of the site, thankfully not muddy! And nowhere near any toilets (which for anyone who has recently had a baby will know that toilets are necessary regularly!)

So the class came and went and that was just fine. Then time to enjoy the festival. 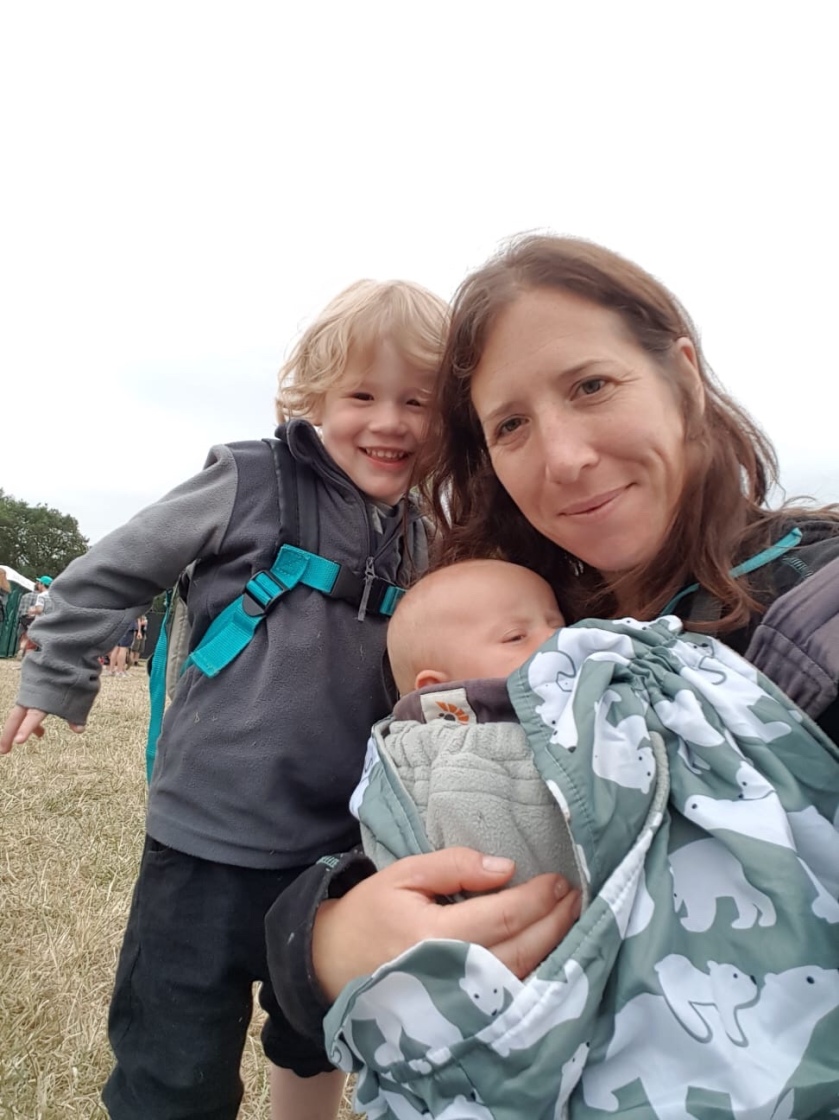 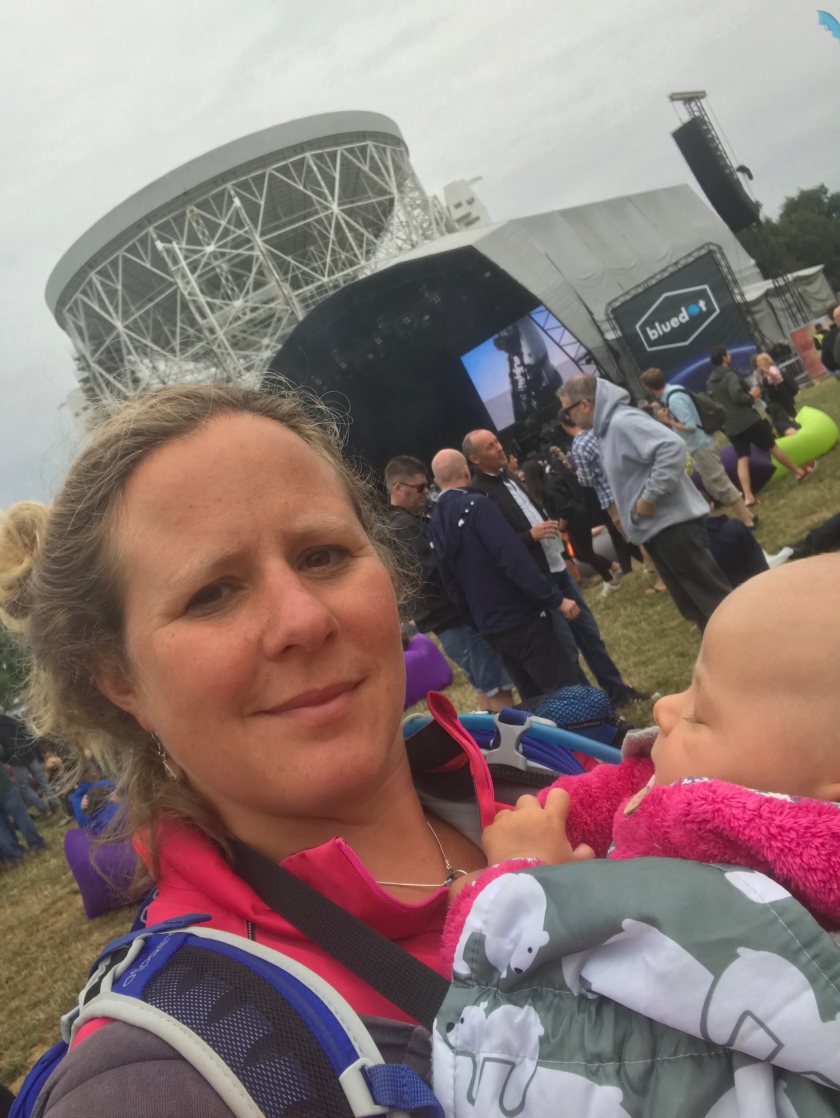 We had a nice bit of family time before Imo & Sam set off. Then one thing you realise once you have a baby is just how loud bands are! So we took an early retreat and hung out in our tent. Being in the staff bit meant that non- drunk people came and went through the night. The thin walls and voices spooked Evie the first time someone walked past, but then all was fine 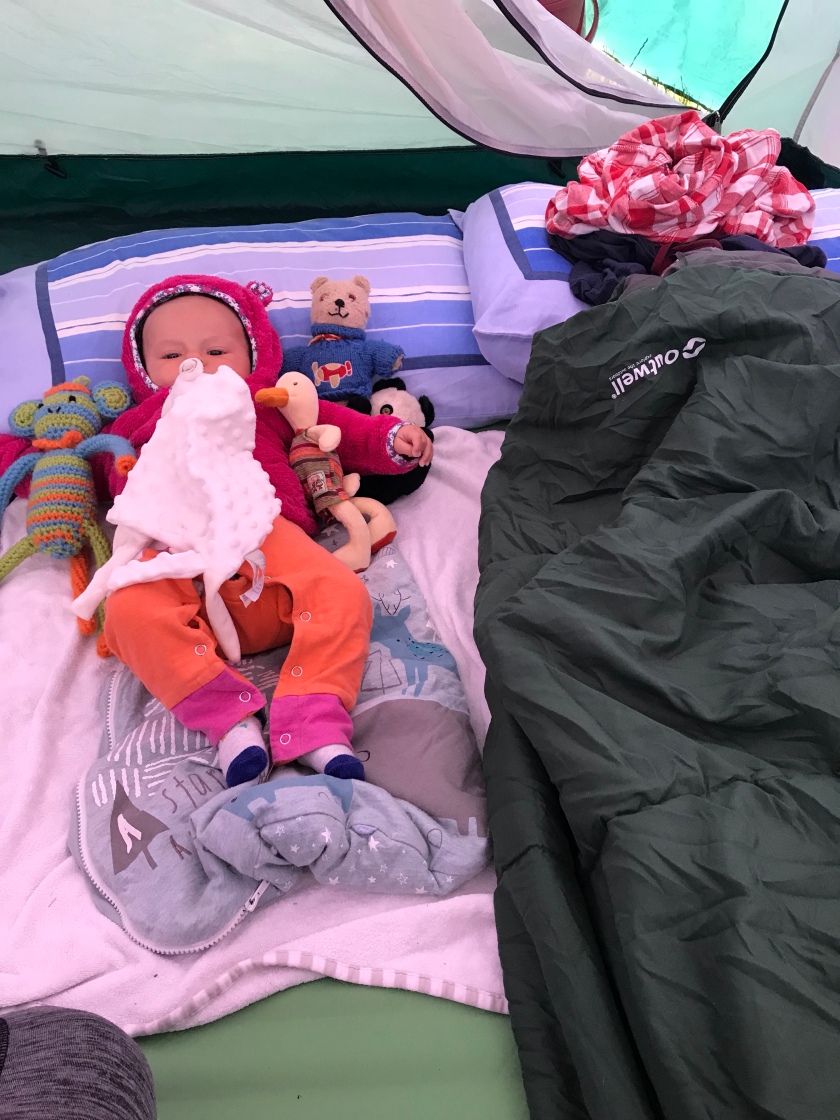 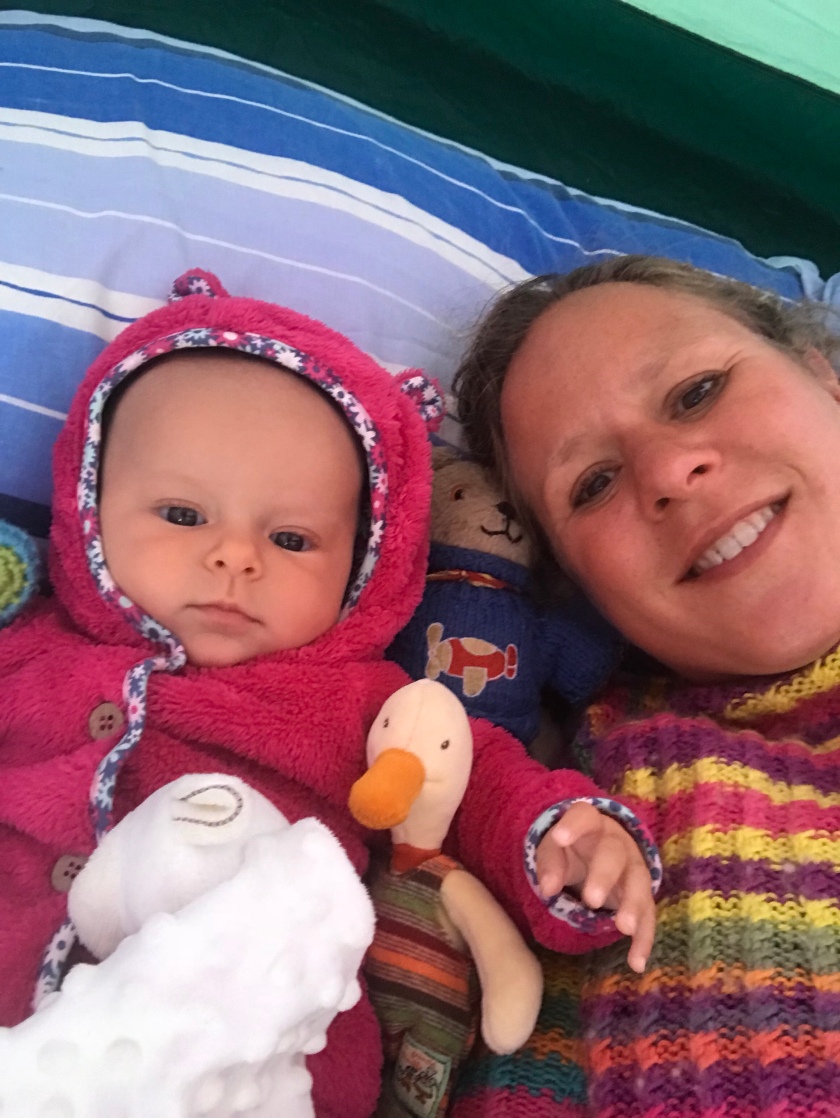 The next day we had a relaxed start, met the family yoga teacher, so went to her session together both mornings. Then we hit the festival and did some cool stuff. Like go in this geometric art structure! 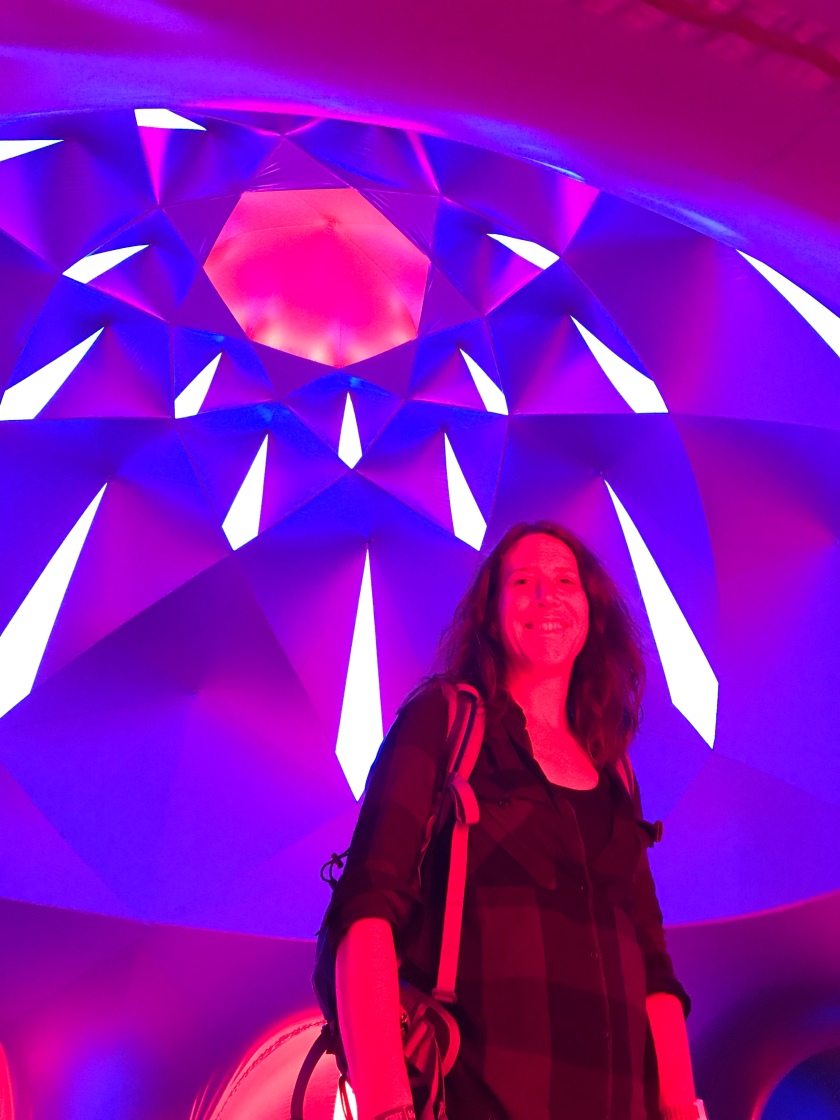 I also bought Evie some baby ear defenders, which I was amazed that she tolerated 100%. Which also meant I could watch some music. 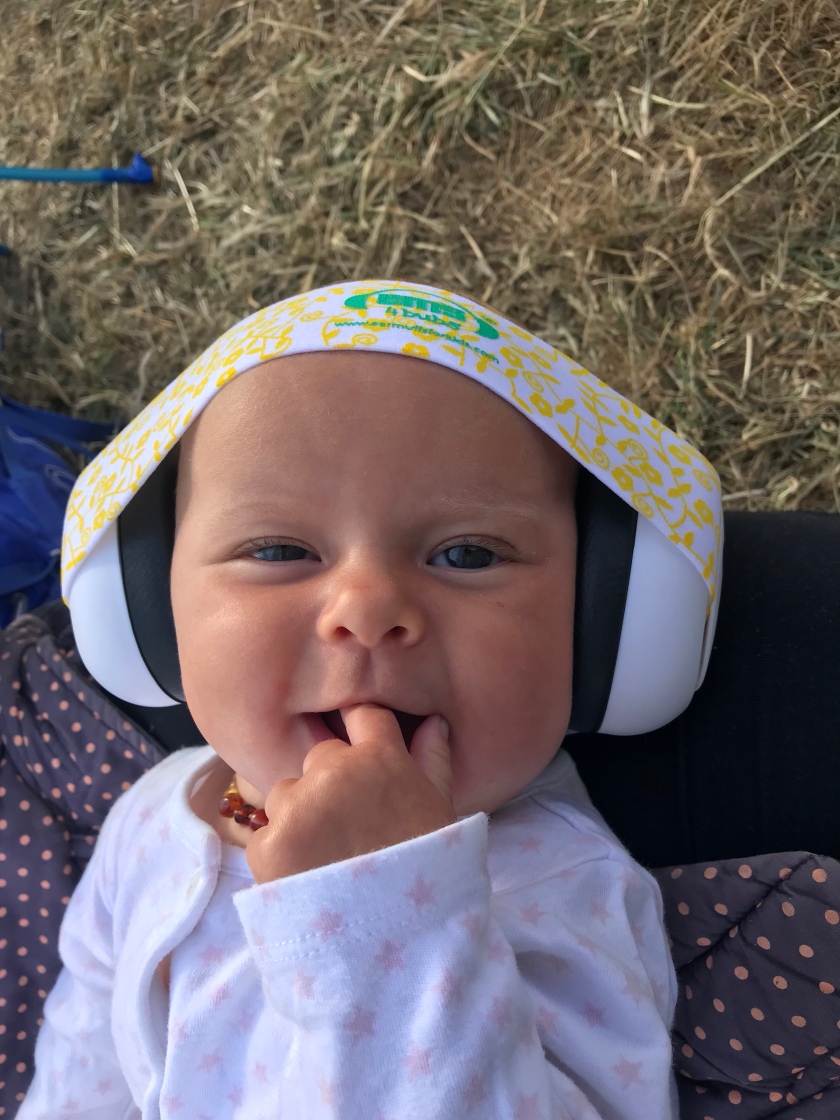 The final day we randomly bumped into some people from home, managed to see a couple of lectures, which were by top scientists, and Evie happily sat and smiled at people, or slept! And watch a lot of amazingly big bubbles! 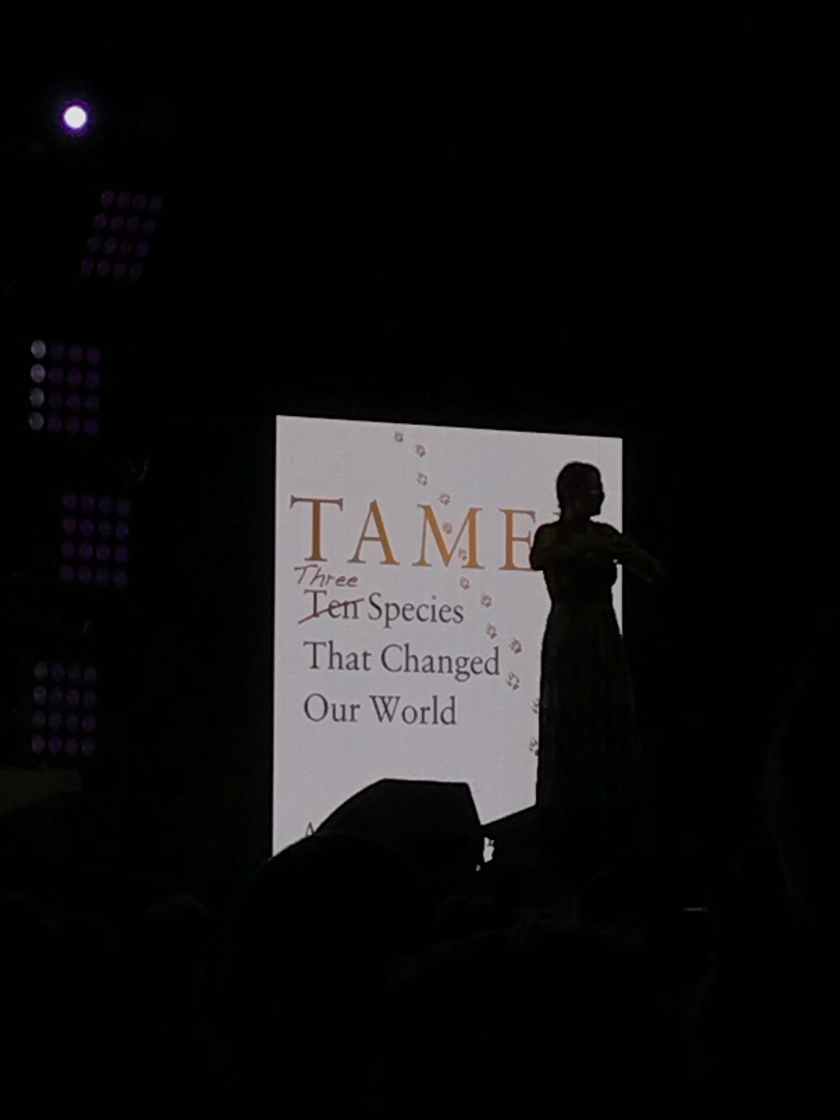 Then time to pack up the tent, teach my final class and then drive home to daddy. Tim had missed Evie Bean so much that he had brought her a present….. Long Bean Bear! 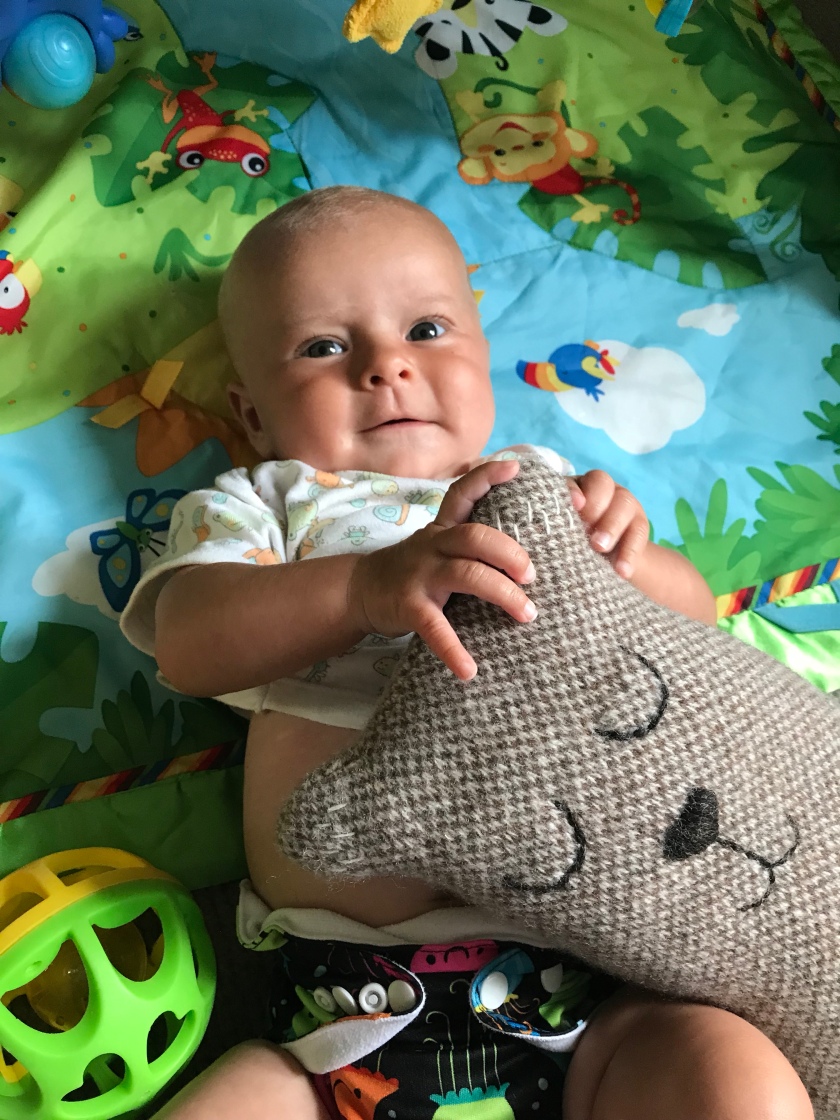